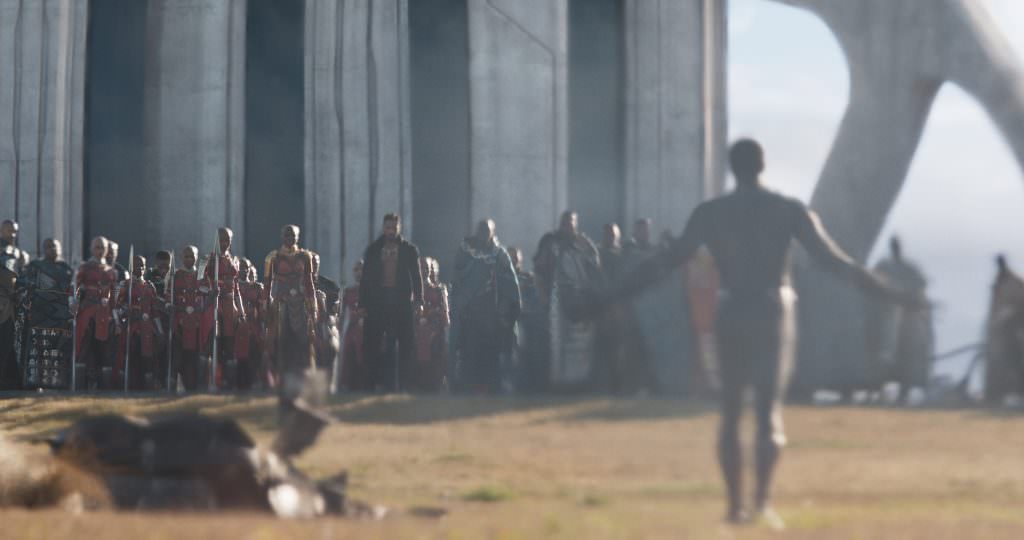 Black Panther looks poised to launch a cultural revolution. The Wakandan wonder wowed audiences at the January 29 premiere. Those reviews in full have finally been released and they’re glowing. Critics are praising director Ryan Coogler, the amazingly talented cast, the groundbreaking cultural contribution and every other facet of the film. All told, the reviews are adding up to a perfect score. Black Panther is sitting at an outstanding 100% rating on Rotten Tomatoes, and could be on track to break the record.

Paddington 2 just took the top spot as the highest rated movie ever last month. The posh bear pulled down 180 perfect scores. Black Panther is stalking close behind. It’s early in the ratings game, but Coogler’s film stands at 64 positive ratings. Double that, and T’Challa’s standalone film will pull into the lead.

Black Girl Nerds’ Jamie Broadnax said, “Quite frankly, the experience is indescribable. I left the theater wanting to see this movie at least 10 more times.”

Peter Travers’ four star Rolling Stone review raves about Black Panther. “You’ve never seen anything like it in your life,” he praised.

Empire’s Jimi Famurewa hailed, “To say that Ryan Coogler’s films are expanding in scope and scale – more ambitious, audacious and pyrotechnically dazzling each time – would be to deal in wild understatement.”

More than one critic called out Letitia Wright as a scene-stealer and one of the best performances of the very packed field of talent. Polygon’s Joelle Monique said, “Played by Letitia Wright, Shuri is a revelation. Wright steals every scene with her bright smile and perfect comedic timing.”

Good ratings are always reason for celebration, but Black Panther has an impact that transcends any amount of positive press. In the way that Wonder Woman broke the glass ceiling last summer, Black Panther continues to diversify the superhero field. Millions of children who didn’t have a big screen representative that look like them can finally see themselves in T’Challa, Shuri, and Okoye.