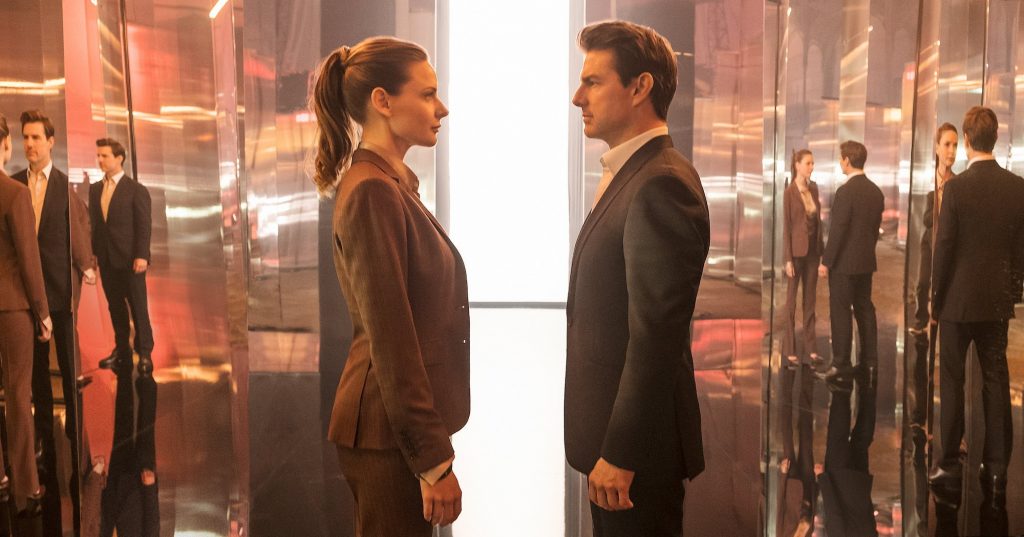 While everyone was understandably enthused to see the first footage from Solo: A Star Wars Story during the Super Bowl, you could argue that the Tom Cruise-led Mission: Impossible – Fallout trailer was the night’s big winner. Taking nothing away from the very impressive Solo teaser, there was something almost thrillingly unhinged about the trailer for writer/director Christopher McQuarrie’s upcoming Cruise-vehicle (we mean this almost literally, the man pilots and leaps from several different kinds of vehicles, both land-based and airborne)—as we’ve written countless times before, there is no actor and no franchise that commits as fearlessly to big (and bigger) stunts than Cruise and Mission: Impossible. The new stunt in Fallout required Cruise to get his helicopter pilot’s license—so that he could actually fly his own chopper during an insane chase through the mountains, including a stomach dropping lurch into a gorge.

A few new images from Fallout show us some behind-the-scenes shot of Cruise in action, and they’re almost humdrum compared to what we’ve seen him do. Jumping out of a plane? Cruise has been doing that for a while now, and one time, as was the case in Mission: Impossible – Ghost Protocol, he reversed the effort and jumped on a plane as it was taking off. He did this for real, folks.

Yet the new photos once again prove the crazy commitment that Cruise and the entire filmmaking team behind the Impossible franchise bring to bear every time they make a new film. We’ll keep you posted whenever a new teaser, trailer or cachet of photos arrives, and look out for the film’s release this July 27.