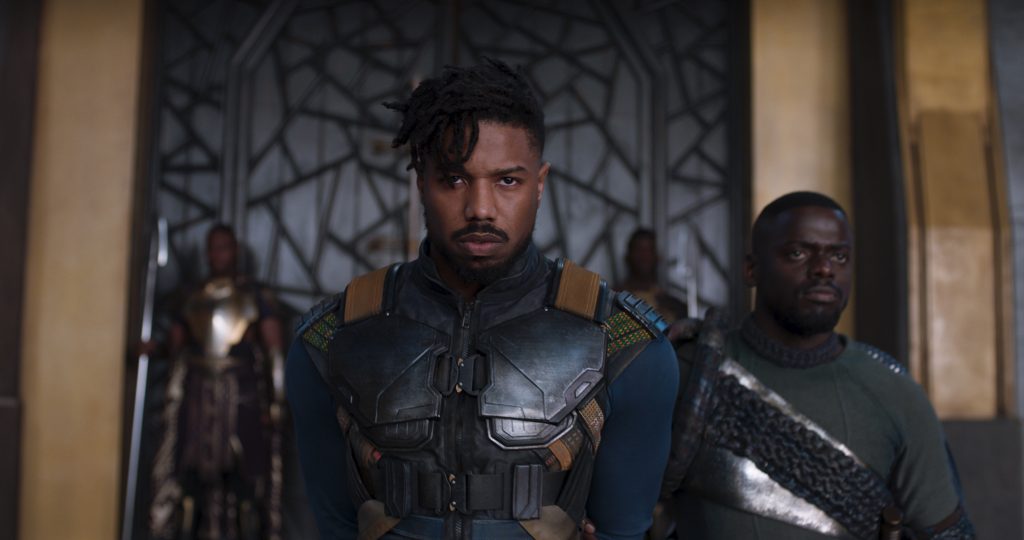 While Chadwick Boseman was the King in Black Panther (a tough role he executed brilliantly), Michael B. Jordan’s turn as his tortured, brutal nemesis Killmonger was one of the all-time great villain performances in history. Both actors are on top of the film world right now, and it’ll be a joy to watch what they do next. (In the very near term, we can’t wait to see Boseman host SNL on April 7).

For Jordan, what comes next is a bevy of intriguing projects.Variety reports that one of his multiple upcoming projects is a historical drama we’re very excited about, The Liberators. The film’s a World War II drama that’s centered on the 761st regiment, an all-black combat unit whose heroism helped lead to military desegregation. Variety reports that the project is based on a spec script written by Madison Turner, and Jordan will producing via his Outlier Society Productions with his partner Alana Mayo, alongside Safehouse Pictures’ Tory Tunnell and Joby Harold—the latter is a writer on Warner Bros. upcoming film Flashpoint, starring Ezra Miller as the Flash. Warner Bros. finalized the deal for the script.

Jordan is now a proven quantity, and having his star power behind the screen (and perhaps we’ll soon find out he’ll be in front of the camera for the film as well) only helps The Liberators’ fortunes. He’s been stellar in everything—especially all three of Ryan Coogler’s films: Fruitvale Station, Creed, and Black Panther. You’ll see him next starring alongside Michael Shannon in HBO’s adaptation of Fahrenheit 451.

Jordan’s got a lot more going on. His Outlier Society Productions has the sci-fi family drama Raising Dion coming out on Netflix, a reboot of The Thomas Crowne Affair, which he’ll be starring in (how excited are you for that?), and an untitled project with Tarell Alvin McCraney for OWN. He’ll also be making his directorial debut with an adaptation of the YA novel “The Stars Beneath Our Feet.”

In Black Panther, Killmonger told T’Challa, “I want it all,” meaning his throne, his weapons, and his life. While we sympathized with Killmonger’s motivations, we couldn’t agree with his methods, and ultimately we were, of course, on T’Challa’s side. In the real world, however, we’d be more than happy for Michael B. Jordan to get everything he wants.