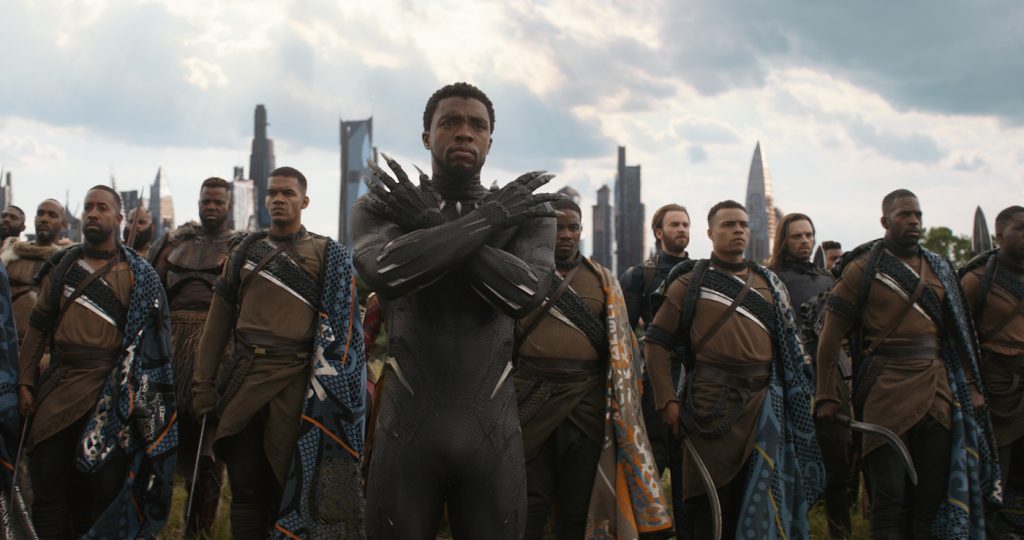 When you’re the king, it only makes sense to pay a royal visit to Studio 8H. That’s right, folks—NBC has announced that Black Panther star Chadwick Boseman is hosting the April 7th episode Saturday Night Live, his first appearance on the legendary sketch show, with musical guest Cardi B. This is a match made in heaven, a design so deliciously perfect it seems that it came from Wakanda.

Boseman is getting a fitting musical guest in Cardi B, who saw her hard work pay off with a phenomenal 2017, cementing her status as a superstar.

While SNL is nabbing the star of Black Panther, they’ve already dabbled in a Black Panther inspired sketch, when Sterling K. Brown (who has a memorable, crucial small role in the film) hosted the show two weeks ago.

Boseman has proven himself able to handle playing just about anyone. He’s been real life legends like Jackie Robinson in 42, James Brown in Get on Up and Thurgood Marshall in Marshall, to say nothing of having the weight of global fan expectations on his shoulders for the now historic Black Panther. SNL offers him another new opportunity, to go fully gonzo in something that’s purely, 100% comedic. We’re guessing after playing a king, a Godfather (of soul), and two barrier breaking Civil Rights icons, he’s going to love this chance to get silly.

We can’t wait for April 7th.