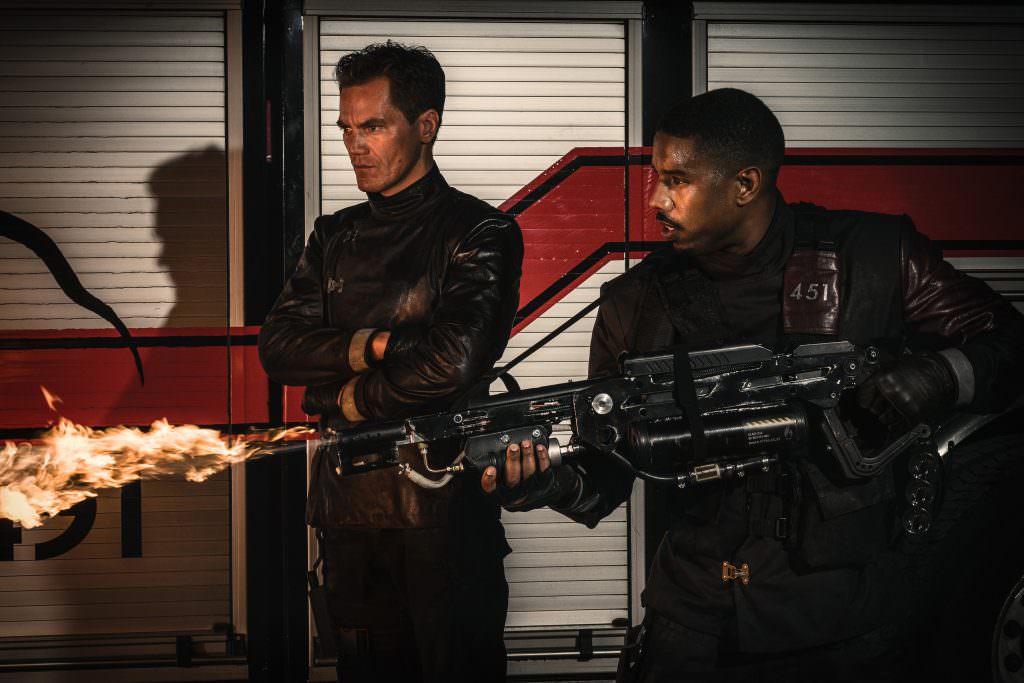 Michael B. Jordan Set Books Ablaze with a Flamethrower in Fahrenheit 451 Trailer

Dystopian futures are having a moment, and there are few as classic as Ray Bradbury’s Fahrenheit 451. The book burning cautionary tale is coming to HBO with a killer cast and some amazing visuals. The new trailer teases the tension that will lead to an ultimate showdown between two of this year’s best villains on the big screen; Michael B. Jordan (Black Panther) and Michael Shannon (The Shape of Water).

Jordan stars as Guy Montag, a new fireman, but the job description has somewhat evolved. Rather than rescuing people from flames, the firemen of Fahrenheit 451 search the earth for paper books and burn them all. Knowledge is considered dangerous, and the firemen are determined to eliminate any trace of it.

While the flamethrowers look most impressive when they’re igniting the pages, they do account for new technology that has developed since the novel was written in 1953. Beatty (Shannon) explains that they are destroying all records including, “news, facts, memoirs, internet of old.” Montag is committed to the cause, but his beliefs will be challenged by Clarisse. Sofia Boutella (The Mummy) plays the young woman who will inspire Montag to see things differently.

Mark Digby’s production design already looks impressive in a cross between Blade Runner 2049 and A Clockwork Orange. People appear to be consumed with virtual reality, and there are impressive giant holograms in the city. Meghan Kasperlik led the costume design, and for a bunch of bad guys, they are looking super sharp. Ramin Bahrani directed the film, who previously worked with Shannon on 99 Homes.

Fahrenheit 451 airs on HBO this May.