How insane has the Star Wars news been lately? We thought that the Solo: A Star Wars Story Super Bowl trailer would be the big Star Wars news of the week, but we were wrong. It’s just Wednesday, yet we’ve already written about a new Star Wars TV series (live action, no less), and the news that Game of Thrones’ creators D.B. Weiss and David Benioff creating a brand new Star Wars film series. This deluge of Star Wars news comes only a month and change after the release of Rian Johnson’s epic Star Wars: The Last Jedi, and news that Johnson would be creating another Star Wars trilogy, this one unrelated to the Skywalker saga of which he just delivered the penultimate film (and also separate from Weiss and Benioff’s series). Folks, we’re living in Peak Star Wars, and we should probably get used to it. After a 16-year drought between Return of the Jedi and Phantom Menace, we likely won’t go a year without fresh Star Wars material for the foreseeable future.

The immediate future, however, belongs to Solo. The first trailer was terrific, a balm for the nervous nellies who were worried that the lack of promo material leading up to the Super Bowl spelled certain doom for the film. Fear not, young Padawans, for director Ron Howard seems to have a solid handle on the film. Plus, he’s surrounded by some outrageously talented individuals, from Selma and Arrival cinematographer Bradford Young, to a cast that includes Alden Ehrenreich, as the young Han Solo, Donald Glover as the young Lando Calrissian, Woody Harrelson as Tobias Beckett, the man who leads Han into a life of smuggling, Emilia Clarke’s mysterious Qi’Ran, an early ally of Han’s, Joonas Suotamo as Chewie, Han’s best buddy, and Thandie Newton and Paul Bettany, in still undisclosed roles (although we’ve finally learned Newton’s name—Val.)

We’ve finally got our first look at Newton’s character in a new batch of photos, as well as a shot of Han’s trusty blaster, Harrelson’s mentor figure, and Han, Qi’Ran, Lando and Chewie aboard the Millennium Falcon. We don’t have long to wait to find out what the young Han Solo’s life was like—Solo: A Star Wars Story opens on May 25.

Check out the photos and new poster below, and check back in with us for more Star Wars news, which seems to be coming at us at 12 parsecs. 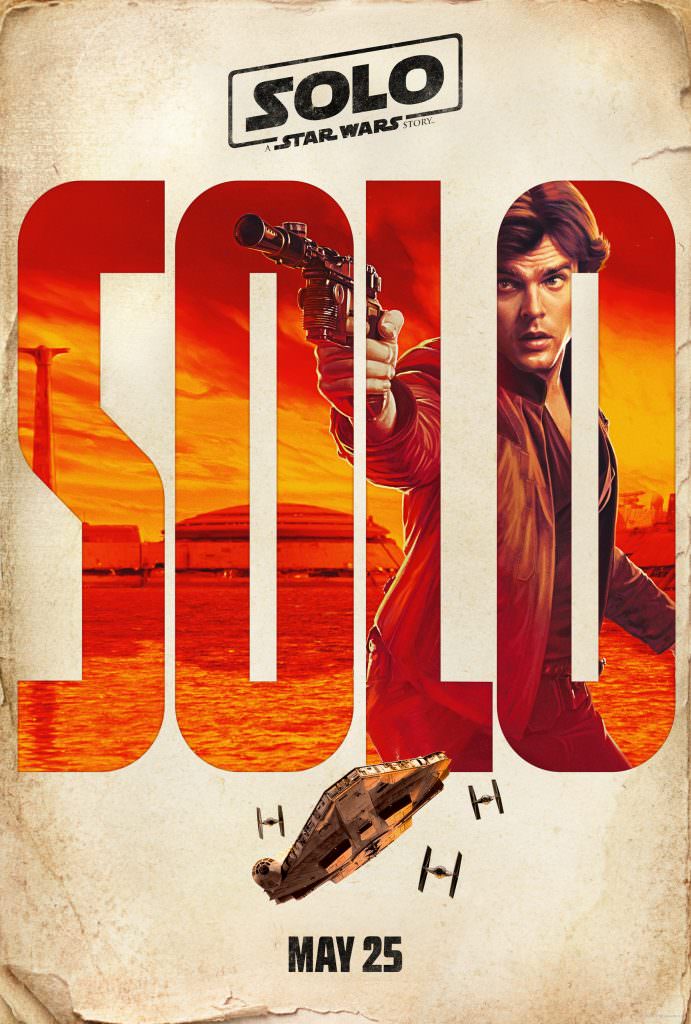 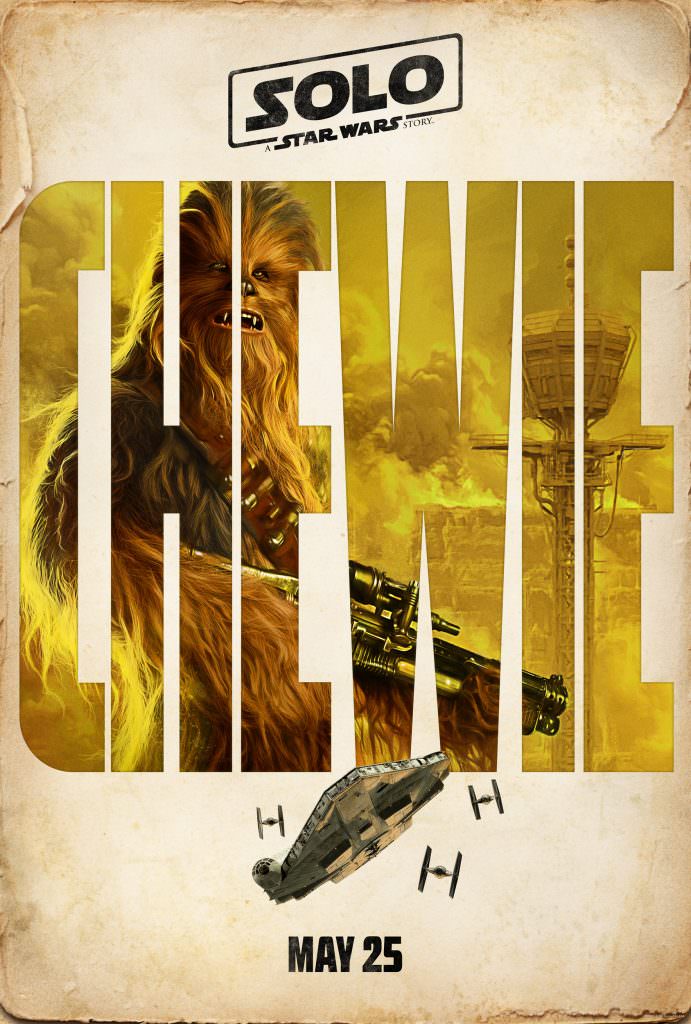 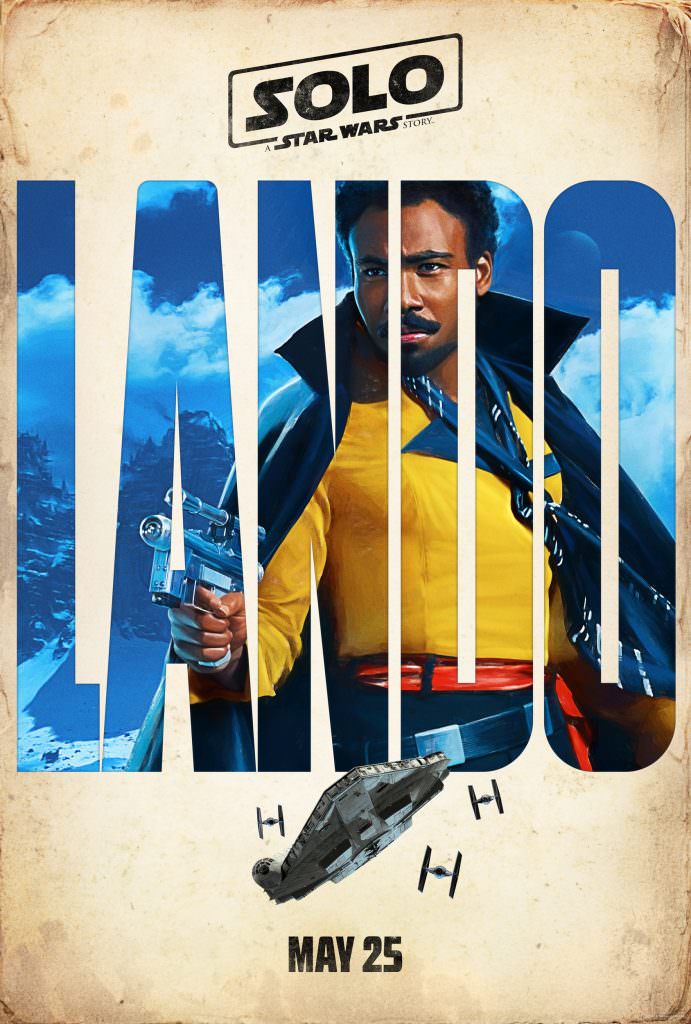 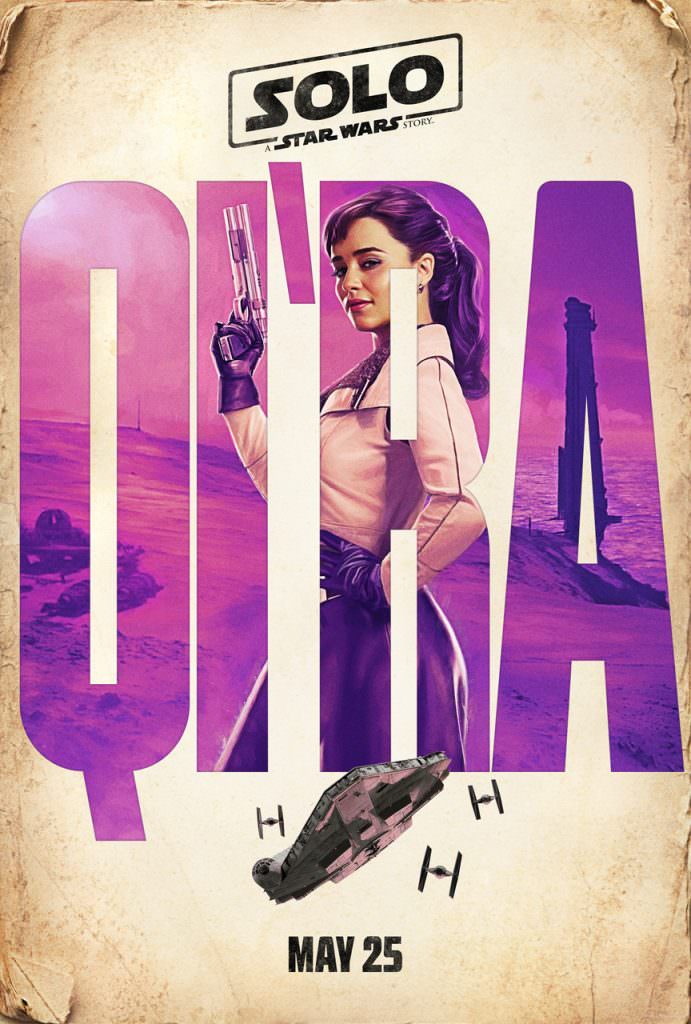