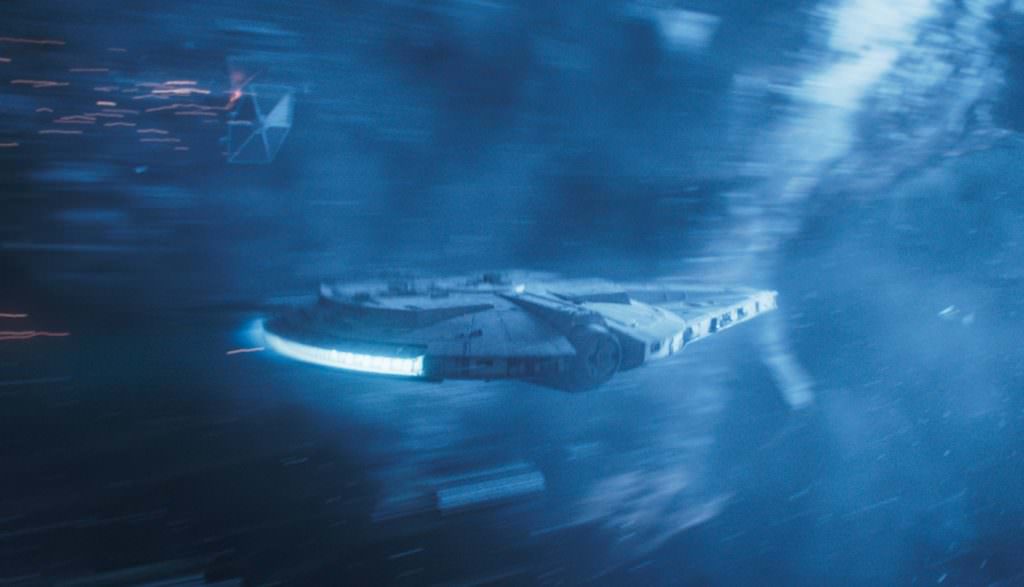 After what felt like a millennia of silence, we’ve begun to get a lot of looks at Solo: A Star Wars Story. Our first proper glimpse came during the Super Bowl with the teaser, and the following day with the proper trailer. Then we shared the first crop of new images, which included Alden Ehrenreich as the young Han Solo, the space train the Conveyex (which Han and Chewie are tasked with robbing), Donald Glover’s young Lando Calrissian, and Han’s future best friend, Chewie. That lead to yet another batch of  new images and posters that Disney released, including of Thandie Newton’s mysterious Val, Phoebe Waller-Bridge’s droid L3-37, Woody Harrelson’s smuggler Tobias Beckett, and Emilia Clarke’s Qi’ra. Disney also finally gave us the film’s synopsis:

“Board the Millennium Falcon and journey to a galaxy far, far away in Solo: A Star Wars Story, an all-new adventure with the most beloved scoundrel in the galaxy. Through a series of daring escapades deep within a dark and dangerous criminal underworld, Han Solo meets his mighty future copilot Chewbacca and encounters the notorious gambler Lando Calrissian in a journey that will set the course of one of the Star Wars saga’s most unlikely heroes.”

Suddenly, fears that Ron Howard’s film wasn’t going to be up to snuff seemed misguided. After all, Howard’s team includes his incredible cinematographer, Bradford Young (Selma, Arrival) and his production designer, Neil Lamont (Rogue One, Star Wars: The Force Awakens, Harry Potter and the Deathly Hallows), two of the best in the business at what they do.

Disney has now released a new set of images that first appeared in Entertainment Weekly, and which help give context to the Solo story, including the beginning of the bromance between Han and Chewie, the stormy planet of Mimban, Lando playing a game of sabaac (yup, the very game that Han won the Millennium Falcon in), and the super sleek Millennium Falcon. Howard said this about the Falcon’s new appearance to EW:

“I wonder what that could be? You’ll have to see. The Falcon is a character in the movie, without a doubt. That machine is a defining factor in Han’s future. Every aspect of this movie moves, shifts, and transforms in very interesting and yet plausible ways.”

The Mentor to a World of Smuggling