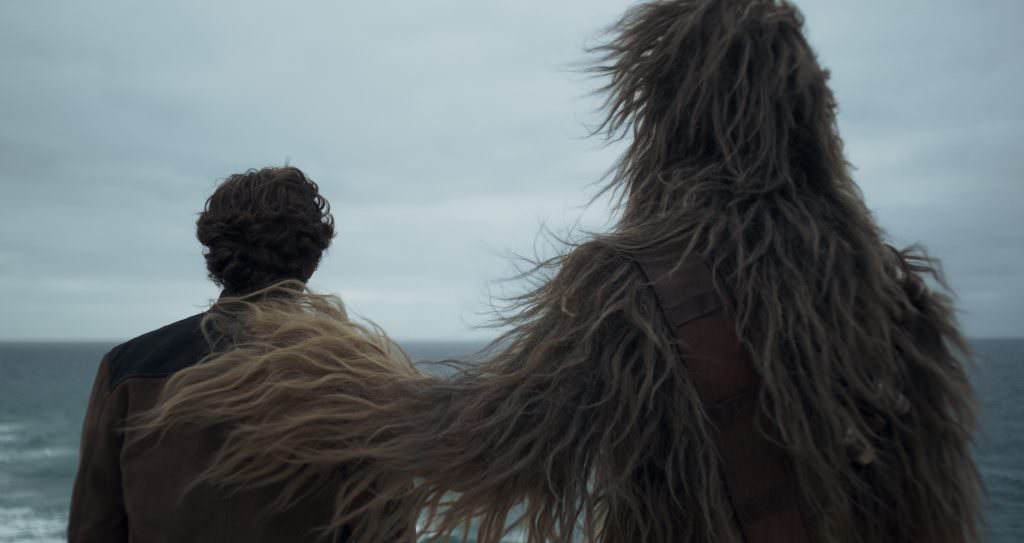 Earlier we shared with you the first teaser and trailer for Solo: A Star Wars Story. The panic Star Wars fans had worked themselves up in over Disney keeping a tight lid on any Solo images, let alone a trailer, should be settled now. The first glimpses of the film remind us that the Solo team, not just Howard but his incredible cinematographer, Bradford Young (Selma, Arrival) and his production designer, Neil Lamont (Rogue One, Star Wars: The Force Awakens, Harry Potter and the Deathly Hallows), are some of the best in the business, and that shows in the footage.

Along with the new trailer, Disney has shared a few new photos from the film, giving us a look at the budding relationship of eventual best friends, Han and Chewie, at Emilia Clarke’s mysterious Qi’Ra, and at the young Lando Calrissian (Donald Glover), a man who will have a big impact on both Han’s life and the larger Star Wars story.

There’s genuine joy to be had in the telling of the Han Solo story, a character that has long acted as a sort of surrogate for the audience, behaving as we might if we were living in a galaxy far, far away, amongst such earnest strivers as Luke, oddballs like Chewie, and creeps, like Jabba the Hutt. With his incredibly capable team around him and a stellar cast, Howard has more than enough at his disposal to deliver a really satisfying addition to the Star Wars realm. And unlike Rogue One, which masterfully made us care about characters we had never heard about, there’s no such heavy lift here. We already know, and love, Han, Chewie, and Lando. While there’s always a risk in casting new actors to play their younger versions (not for Chewie, of course, who’s ageless), Alden Ehrenreich and Donald Glover have charisma to spare.

Here are the first images from Solo: A Star Wars Story, which include a cool new ship (the Conveyex) and Qi’Ran owning this disembarkment.