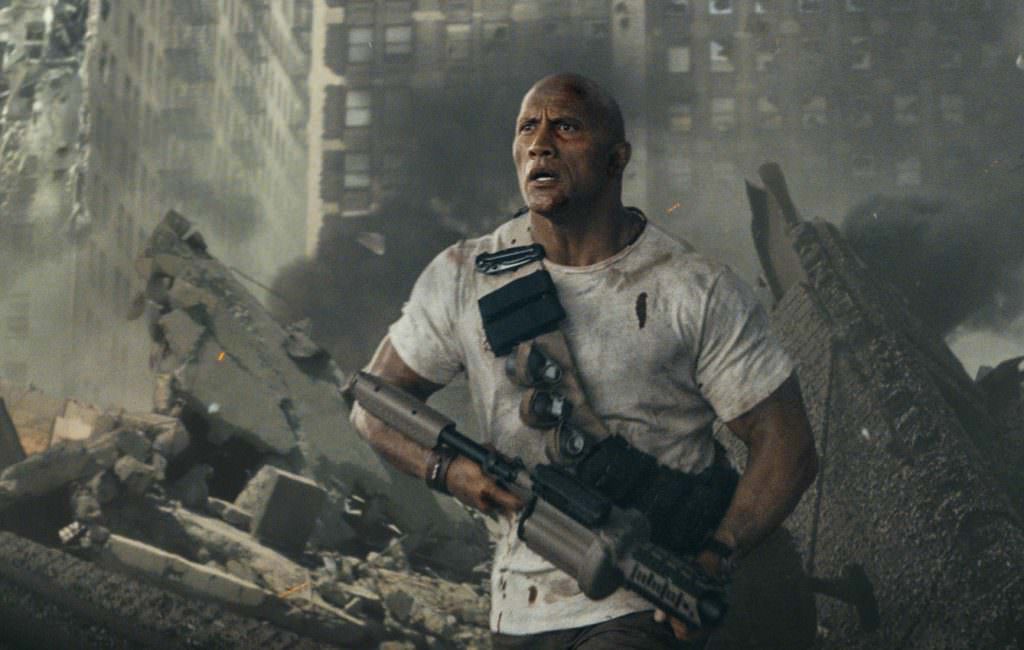 Dwayne Johnson is here to save the day…again. In the new trailer for Rampage, we see more of Johnson’s silver haired companion George that we saw in the first trailer. The new trailer for the film, based off of the classic 80’s video game, offers a closer look at the mutant beasts destroying Chicago, and a glimpse of a possible villain, the one behind poor George’s genetic mutation and his exponential growth in size.

Viewers get a chance to see more of George’s personality before he becomes King Kong’s younger, silver haired cousin. This super ape is apparently quite the prankster, as the trailer opens with George scaring the “new guy” to the point of tears—to be fair he does seem to feel bad about it after the fact. We also see a very brief glimpse of baby George and spoiler alert: he’s adorable.

The trailer also reveals a possible villain—Malin Akerman—who appears in the trailer stating “project rampage works,” alluding to the fact that she might be the mastermind behind George’s and the other mutations, such as the giant river crocodile and the flying wolf.

Yes, you heard that right, the giant mutated wolf from the first trailer? Well, it can fly; we see it soaring towards Johnson in the ruined streets of Chicago. Furthermore, the giant crocodile that we only saw briefly towards the end of the first trailer, gets more screen time in the second trailer and he is truly terrifying. We feel bad for whoever gets caught between those teeth. It also looks like George is in for a fight and the trailer features a scene with him and the flying wolf going head to head.

The movie definitely will not be lacking in action and fans can anticipate Rampage charging into theaters on April 20.