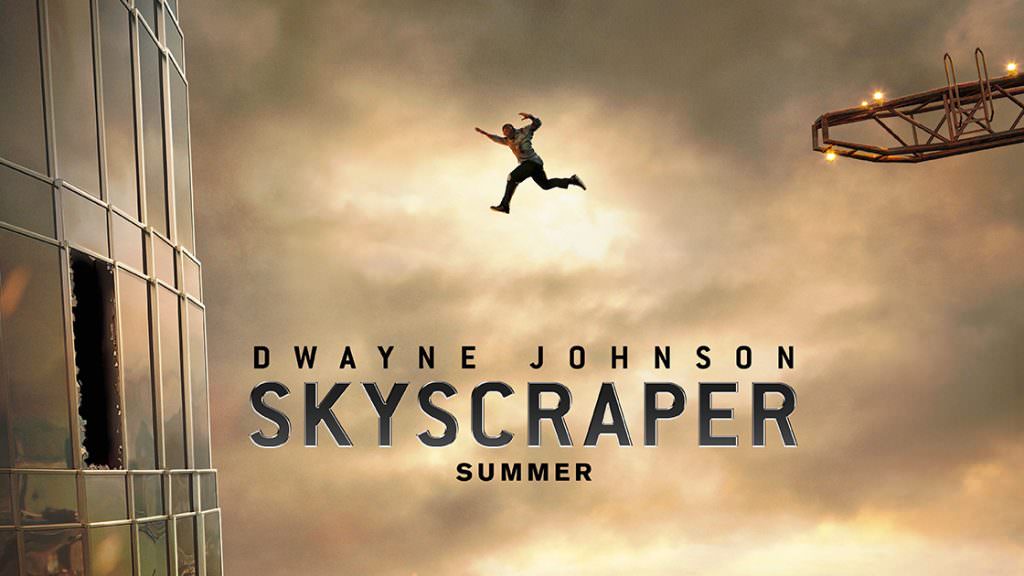 Dwayne Johnson tried to warn everyone the skyscraper wasn’t safe, but would they listen? Of course not. And as a result, a 3500-foot building goes up in flames, and he’s the only one who can save the day. After watching this trailer, we’re going to ask for a lower room when we check into hotels.

Johnson plays former FBI-agent turned security expert, Will Ford, in Skyscraper. When a company hires him to assess the security of The Pearl, the tallest building in the world, Ford doesn’t even know where to begin. It looks super high tech, but is also really reliant on electronics, which presumably could be easily hacked. The entire thing is a security risk, and the target of a terrorist plot. Of course, when the building is inevitably attacked, his wife (Neve Campbell) and way-too-adorable children are trapped on one of the highest floors.

On top of tackling the towering inferno to save his family, Ford is also framed for the flames he’s fighting. Oh, did we mention he’s also an amputee? Ford lost his lower left leg during his time with the FBI. He’s leaping across molten metal thousands of feet in the air on a prosthetic leg.

Johnson had some real-life inspiration for his character’s physical challenge in Jeff Glasbrenner. Glasbrenner lost his lower right leg in a farming accident as a boy. In 2016, he became the first U.S. amputee to climb Mount Everest. Johnson brought the adventurer to the set where they shared a mutual admiration. Johnson tweeted a video of their visit saying, “I knew when I said ‘yes’ to Skyscraper role it was going to be the most challenging/significant of my career because of the community I would represent. This role is my honor.”

I knew when I said “yes” to my #Skyscraper role it was going to be the most challenging/significant of my career because of the community I would represent. This role is my honor.
“You can choose to be powerful or you can choose to be pitiful, but you can’t be both” – @JeffGlas pic.twitter.com/W575Rs6IRR

Johnson just keeps getting better over time and his movies also get more entertaining. Every action film he’s in one-ups the previous one, and Skyscraper is no exception.

Johnson scales the Skyscraper this summer.