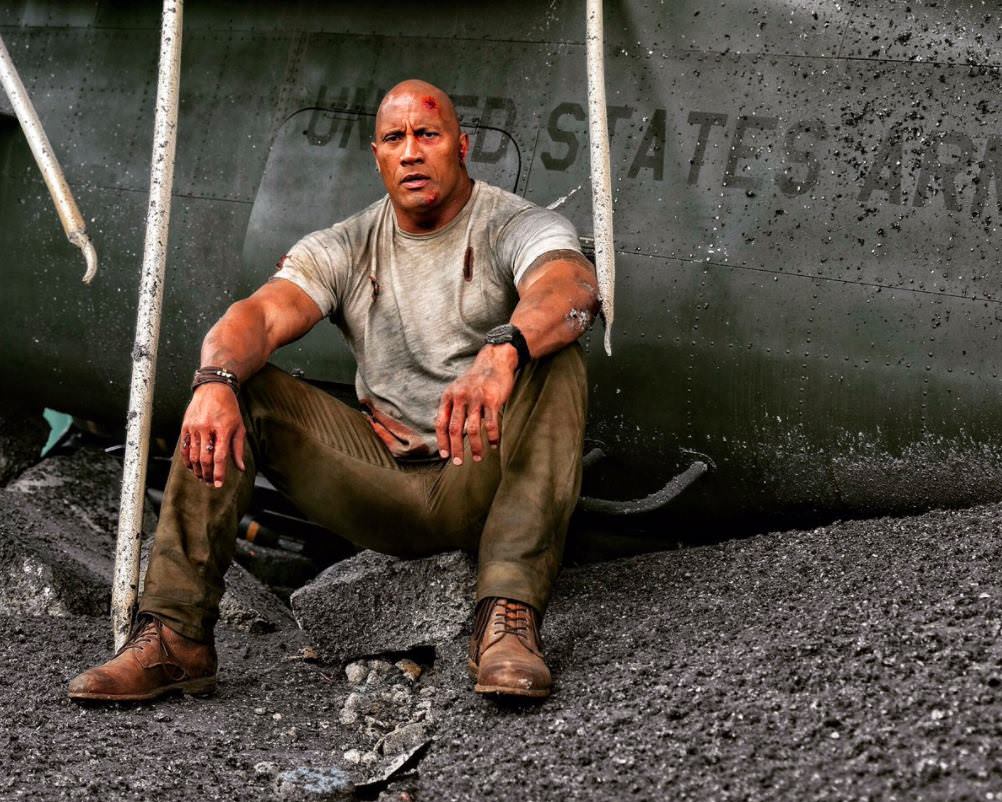 The first images from the set of Rampage are pre-CGI, but they tease the monstrous destruction that the mutated animals will inflict. Based on the 1980s arcade game, Dwayne Johnson stars as Davis Okoye who is humanity’s only hope when three animals get accidentally sized up.

Johnson is in serious beast mode looking stoic and bloodied in the photos on set from USA Today. Rampage is another high intensity action film, which Johnson has experience with. He and director Bray Peyton teamed up on San Andreas in 2015 and Johnson is appeared in comedy adventure Jumanji: Return to the Jungle in December.

In the film, a gorilla, a lizard, and a wolf grow to gigantic proportion destroying everything in their path. Johnson’s character has a close relationship with the silverback named George, who he discovers has some serious mood swings when an experiment gone wrong makes the gorilla grow nearly six times its size. After their growth spurts, the photos show that the beasts do some serious damage to the town.

Although the oversized animals have not been drawn in yet, the behind the scenes shots are really cool. Actor Jason Liles plays the part of George through motion capture and the pre-CGI photos of Johnson and Liles side by side are really fun. Weta Digital is tasked with the visual effects who have experience boosting motion capture with the visual details that make men into monsters. The VFX team also tackles The Lord of the Rings trilogy and Dawn of the Planet of the Apes. Click here to see all the set photos.

Naomie Harris, Malin Ackerman, and Jeffrey Dean Morgan are also among the cast. We could see a glimpse of the final product as early as next week. Previews are expected to appear with the release of Justice League. The film premieres April 20.