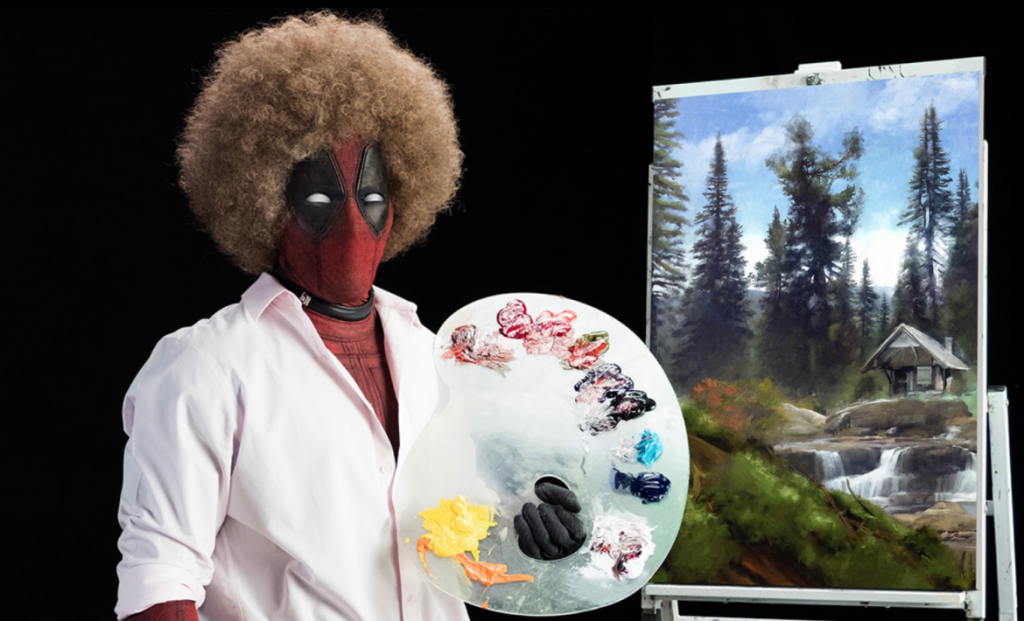 Get All of Deadpool‘s Wacky Antics Straight to Your Inbox

Deadpool can infiltrate any pop culture reference, although he has a penchant for the 1980s. You never know where the foulmouthed mercenary will pop up next. He’s picked up Bob Ross’ paints, popped the Thanksgiving turkey in Good Housekeeping’s oven, and struck a Flashdance pose. Needless to say, the marketing campaign for Deadpool 2 is firing on all cylinders. Now you can get the latest wild crossover antic straight to your inbox.

Wade Wilson invites you to join the “Deadpool Core.” Yes, we spelled that right. The fan club decided not to go with “corp” for legal reasons. So, maybe you can be the core group of fans? Regardless, this question and others are answered on the site’s Frequently Unanswered Questions section. If you picked up on the variation on FAQ, you know what kind of humor you’re in for. The “Deadpool Core” doesn’t shy away from raunchy jokes, so steer clear if you’re easily offended.

Here’s the G-rated version of how it works. You’ll simply sign up for the email list and get all the new promotional content and exclusives straight to your email. Who doesn’t need to add a little spice to their inbox? What you probably won’t get are those sweet personalized knit turtlenecks that everyone is wearing on the homepage. Even Petey gets one. Here’s hoping those go up for sale in the near future.

What makes the Deadpool 2 campaign even more fun is Ryan Reynolds always stays deliciously on message. Or, that’s just who he is. Either way, he’s a good sport always tweeting with the same dry, sarcastic humor as his superhero alter ego. If you’re going to be in a fan club, this one is probably a good bang for your buck. Case in point, Reynolds dropped a drug reference into his tweet about the new trailer:

The Deadpool creators love to mess with us, so they’ve stayed pretty mum on the sequel’s plot details. Here is the clearly tongue in cheek summary that’s been released so far. “After surviving a near fatal bovine attack, a disfigured cafeteria chef (Wade Wilson) struggles to fulfill his dream of becoming Mayberry’s hottest bartender while also learning to cope with his lost sense of taste. Searching to regain his spice for life, as well as a flux capacitor, Wade must battle ninjas, the yakuza, and a pack of sexually aggressive canines, as he journeys around the world to discover the importance of family, friendship, and flavor – finding a new taste for adventure and earning the coveted coffee mug title of World’s Best Lover.”

Ready or not, Deadpool comes to theaters May 18.