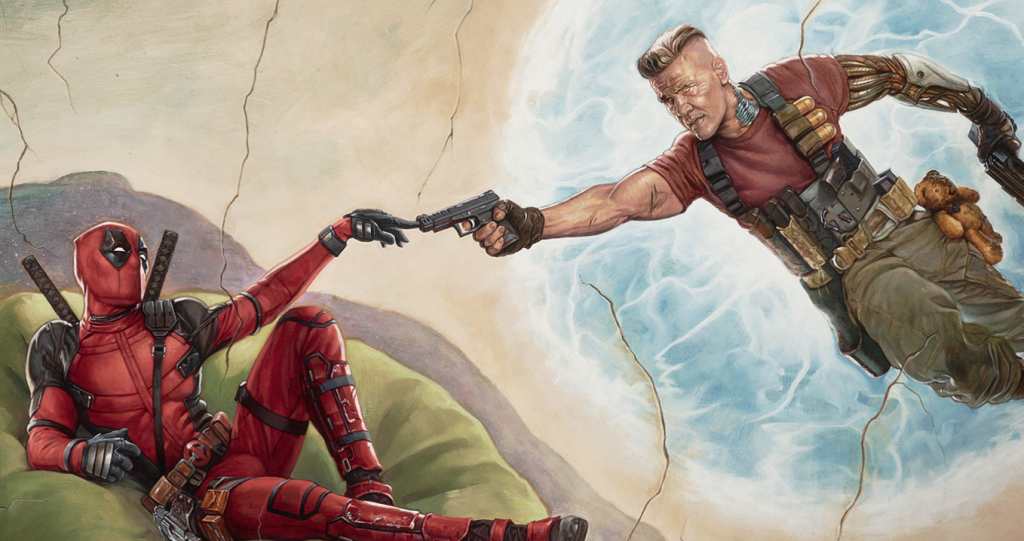 At long last, we finally get a look at what happens when the Smart Ass meets the Bad Ass. At least, this is how Cable (Josh Brolin) puts it in his Instagram post, delivering the first trailer for 20th Century Fox’s eagerly anticipated Deadpool 2.

The upcoming sequel sees said Smart Ass, Wade Wilson (Ryan Reynolds) squaring off against X-Force leader and time-traveler Cable (Brolin), who is the temperamental opposite to the Merc with the Mouth. Cable takes his freedom fighting very seriously, and he didn’t travel through time to take lip from a guy with a melted face and a potty mouth. But Cable’s not the only major addition to the Deadpool family; there’s the mutant assassin Domino (Atlanta’s breakout star Zazie Beets), a woman who will also not take any guff from a dude in a red latex suit.

David Leitch (Atomic Blonde) directs from a script by Rhett Reese and Paul Wernick, the scribes who delivered the deliciously naughty screenplay for the first film. Brolin first shared this hysterical teaser on his Instagram page (there’s a joke at DC’s expense, concerning a certain mustache), which clues you in on the link to the proper trailer, which we’ve also embedded below.

Both the Instagram video and the trailer are heavy on Cable and Deadpool’s warring personalities, and very light on actual plot details. Yet once again, the irreverence and glee that this entire franchise is built on shines through, and there’s real joy in seeing these two mismatched characters facing off in the same film.