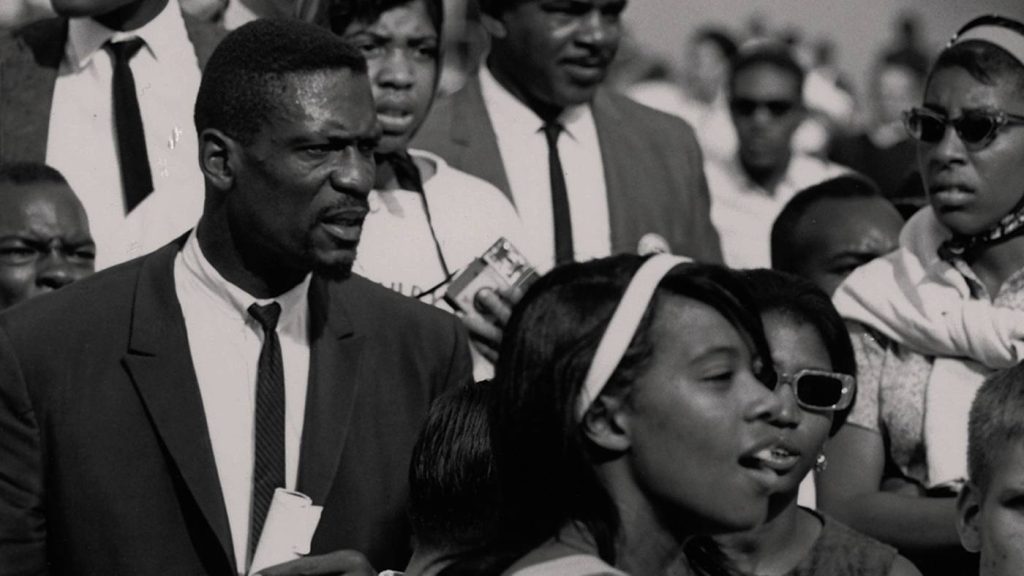 Netflix has revealed the first trailer for Bill Russell: Legend, filmmaker Sam Pollard‘s doc about the life and legacy of the most dominant NBA player of all time, and, a major force for good off the court. Pollard is the perfect person to lead this effort (past films include Black Art: In the Absence of Light, MLK/FBI, Atlanta Missing and Murdered: The Lost Children), turning his keen eye on Russell’s life, with access to Russell’s archives, the last interview the icon ever granted, and covers not only his unprecedented career — back-to-back NCAA titles, a gold medal at the 1956 Melbourne Olympic Games, and an astonishing 11 championship titles in his thirteen-year career as a Boston Celtic, the last two of which as the first Black head coach in NBA history — but also his work on behalf of the Civil Rights movement.

“Unapologetically himself.” “A stand-up man.” “The smartest player that ever played the game.” “The Big Bang,” “We’re never going to see a winner like that again.” These are some of the thoughts of legends like Chris Paul, Larry Bird, and Isaiah Thomas as the trailer begins, and the big names just keep piling up from there. Steph Curry, Julius Irving, and current Boston Celtics star Jayson Tatum are all on hand to talk about a man they admired in full, a brilliant athlete and passionate defender of human rights. Russell was also a mentor to younger players coming up in the league, a role he seemed to relish. Then there was that laugh, infectious and open, coming from someone who loved life as much as he defended it.

“More than any other athlete of his era, Bill Russell came to define the word ‘winner,'” President Barack Obama said when bestowing the Presidential Medal of Freedom on Russell in 2011. “Bill Russell the man is someone who stood up for the rights and dignity of all men.”

Bill Russell: Legend will offer fans of Russell and the NBA a chance to find out how the most effective, most successful NBA player ever honed his game. For documentary fans, and those interested in how Russell fought for human rights and fought against the NBA itself over racist policies, you couldn’t have a better guide than director Sam Pollard.

Check out the trailer below. Bill Russell: Legend arrives on Netflix on February 8.

The remarkable life and legacy of an NBA superstar and civil rights icon is captured in the documentary Bill Russell: Legend. This two-part film from award-winning director Sam Pollard (MLK/FBI, Lowndes County and the Road to Black Power) features the last interview with Bill prior to his passing in 2022, as well as access to his sprawling personal archives. On the court, Russell went on to lead each and every one of his basketball teams to championships — two back-to-back NCAA titles, a gold medal at the 1956 Melbourne Olympic Games, and 11 championship titles in his thirteen-year career as a Boston Celtic (his last two as the first Black head coach in NBA history). Off the court Russell was a force in the fight for human rights — marching with Martin Luther King Jr., leading boycotts in the NBA over racist practices and speaking out against segregation — efforts which earned him the Presidential Medal of Freedom. Narrated by actors Jeffrey Wright and Corey Stoll and featuring exclusive interviews with the icon’s family and friends as well as Steph Curry, Chris Paul, “Magic” Johnson, Larry Bird, Jim Brown and more, Bill Russell: Legend illuminates the ways in which Russell stood tall in every sense of the word.