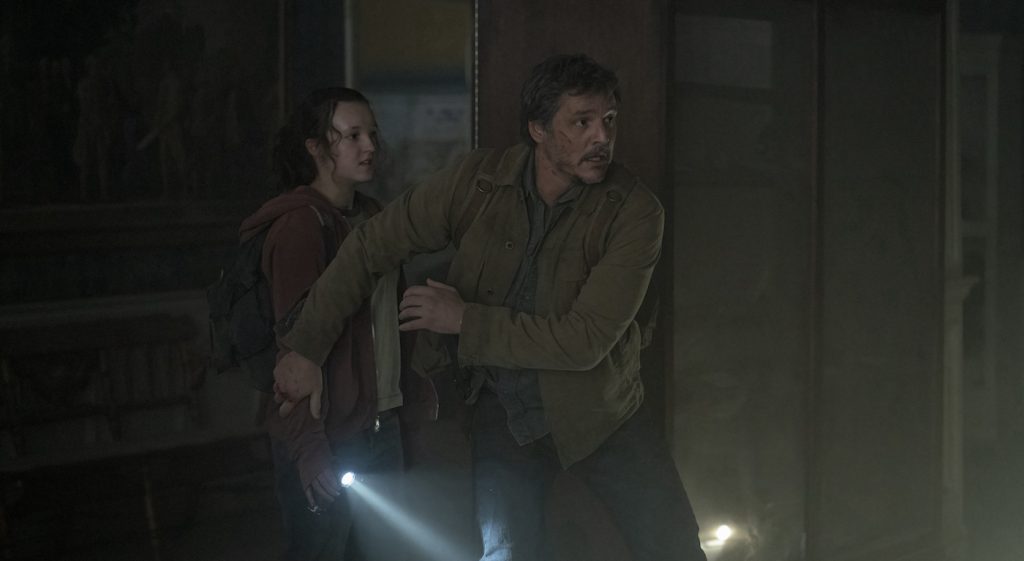 Last week, we wrote a bit about HBO’s upcoming The Last Of Us, their most ambitious new series of 2023. There has been a slow, steady drumbeat of excitement about the new show as we’ve neared its January 15 premiere date, and now, the reviews suggest the excitement was warranted. The folks who have now seen the show are calling it a phenomenal, gripping drama and possibly the best video game adaptation of all time. Not a bad way to start the year if you’re HBO.

The Last Of Us comes from Chernobyl creator Craig Mazin and Neil Druckmann, the creator of the original game for video game company Naughty Dog. The series, which hews closely to the video game (but takes departures where necessary), is set 20 years after the fall of modern civilization, after a devastating parasitic fungal infection that essentially zombifies human beings. The series follows Joel (Pedro Pascal) after he’s tasked with moving some precious cargo out of the Quarantine Zone. That cargo goes by the name Ellie (Bella Ramsey), and their perilous journey makes up the thrust of the first season.

The game was beloved for being unlike any of its kind—a thoughtful, relationship-focused, human-level glimpse at two characters trying to survive an unthinkable nightmare. Instead of boss-level bad guys to fight, an endless stream of increasingly high-tech weapons, and a Resident Evil-like body count, the game is a slow-burn, an emotional, psychological epic as much as it is a zombie story. Mazin and Drukcmann’s adaptation sounds like an absolute dream for HBO, harnessing what makes the game so compelling yet also delivering a rich viewing experience for people who have never played the game, let alone heard of it. The Last Of us currently sits at 100% on Rotten Tomatoes, with critics marveling at the depth of the storytelling, the absorbing and terrifying postapocalyptic aesthetic, and the performances, led by Pascal and Rasmey

Check out what some of the critics are saying below. The Last Of Us arrives on HBO on January 15.

HBO’s #TheLastOfUs Is an Astounding Survival Story — and a Major Moment in TV https://t.co/QIYf6q546P pic.twitter.com/Gi5ahXqB6d

It’s still early in 2023, but it’s going to take a lot for #TheLastOfUs to not be my favourite show of the year come December. It enriches the story in chilling and surprising ways, and the performances are uniformly great. Loved it. pic.twitter.com/zcMikT4kgs

I’ve seen #TheLastOfUs & having not played the game, I still felt like I could immerse myself in this world. At the heart of this series is Pedro Pascal and Bella Ramsey bringing life to Joel and Ellie. Their chemistry is truly phenomenal, making this series something special. pic.twitter.com/65JC19GAnS

HBO’s ‘The Last of Us’ stays true to the game, and hits just as hard. Finally, a TV “game accurate” adaptation people have wanted. https://t.co/tPkacR7swM

I am happy to say that #TheLastOfUs is a homerun! An emotional and heart wrenching journey of hope, survival, and loss rolled up in a beautiful performance from @BellaRamsey and Pedro Pascal at his finest. I love this series so much! pic.twitter.com/Ta4Lai28KC

Anchored by two outstanding lead performances from Bella Ramsey and Pedro Pascal, The Last of Us delivers an enriching show for fans, while also managing to stay welcomingly thrilling to newcomers.

#TheLastOfUs is genuinely scary, but it’s the quiet moments intertwined throughout that will grab you most, like fungal tendrils wrapping their way around your brain stem. By ep 3, it’s already a contender for best show of the year.

#TheLastOfUs is the best video game adaptation I’ve ever seen. The faithful show manages to improve upon the original material with some nifty welcomed additions. Pedro Pascal is superb as Joel, while Bella Ramsey is great as Ellie. A new “high score” for video game adaptations. pic.twitter.com/jdiBbMU82r

Have seen all 9 episodes of #TheLastOfUs and have never played the game. I now understand why I kept hearing such high praise about the story & writing. LOVED the series. I don’t know who would give it a bad review. Some of the episodes are INCREDIBLE. Can’t wait to watch again. pic.twitter.com/mcFvMAAA5V

THE LAST OF US: i’m super invested in these games. one of the precious few things i’m truly a *fan* of. was optimistic about the show because of the people involved, but naturally skeptical of retelling this story. i’ve seen the whole first season and… they fucking NAILED it.

The Last of Us on HBO is incredible. It’s largely faithful, but where it’s different, it never tramples over the game. Instead, it expands on it in unforgettable ways. This is the new blueprint for video game adaptations.

I’m not a gamer and have never played #TheLastOfUs, but the HBO adaptation with Pedro Pascal and Bella Ramsey makes the material work terrifically well as a straightforward TV show. My review: https://t.co/iYf5b8W9kT

For more on The Last Of Us, check out these stories:

Featured image: Bella Ramsey and Pedro Pascal in “The Last Of Us.” Photograph by Liane Hentscher/HBO