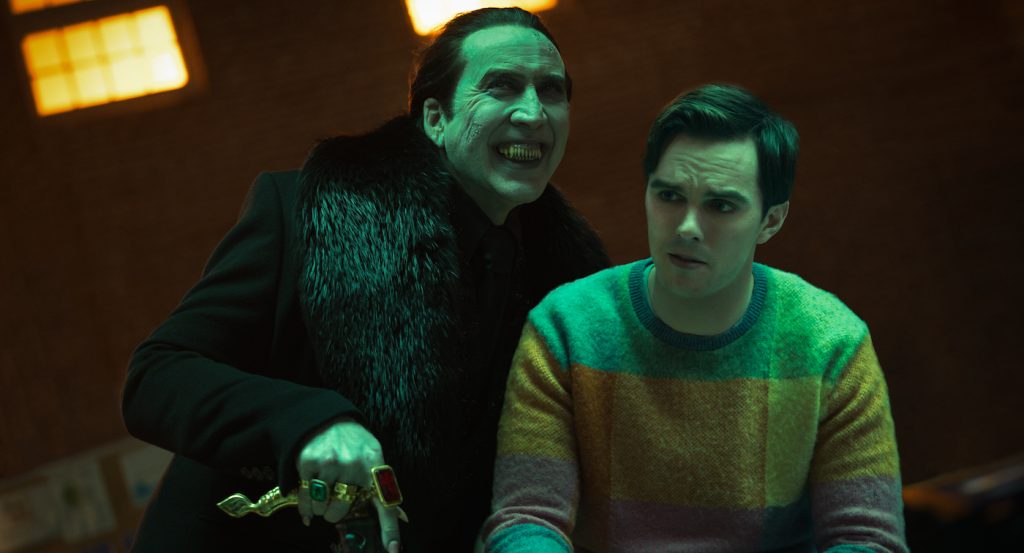 Imagine the most toxic relationship you’ve ever been in. Now imagine that you’re finally ready to take the steps necessary to distance yourself from this person after years and years of abuse. Now, imagine if the person you’re trying to rid yourself of is freakin’ Dracula.

This is the conceit of Renfield, director Chris McKay (The Tomorrow War)’s film about Dracula’s long-serving henchmen finally trying to break away from his master after centuries of brutal servitude. Renfield is played by the always excellent Nicholas Hoult, while Dracula, deliciously, is played by Nicolas Cage. In the official trailer for Renfield, we get to see just how bad a gig Renfield has had over the years, and the film will track what happens when he dares to quit his master.

“My boss is…different,” Renfield explains during some much-needed group therapy. “You can’t get him out of your head?” one of the other folks in his therapy session asks. No, Renfield says, but in his case, he means it literally—Dracula can summon Renfield telepathically. And the things Dracula summons him for! A handful of nuns! A busload of cheerleaders! Renfield is constantly being pestered by the Prince of Darkness to bring him innocent people to feast on.

So why does Renfield do it? The deal he made with Dracula long ago was that his undead boss bestowed some very potent powers on his servant, and, in exchange, Renfield brings him dinner. It’s a deal he describes to a new friend, Rebecca Quincy (Awkwafina), which she, in turn, describes thusly; “You’re like the guy that gets the villain’s postmates!”

Renfield‘s conceit is a good one, and you can’t argue with a cast that includes Hoult, Cage, and Awkwafina. And the script comes from The Walking Dead‘s Robert Kirkman and Rick and Morty scribe Ryan Ridley, so the scares and the laughs should be aplenty.

Check out the trailer below. Renfield sinks its teeth into theaters on April 14.