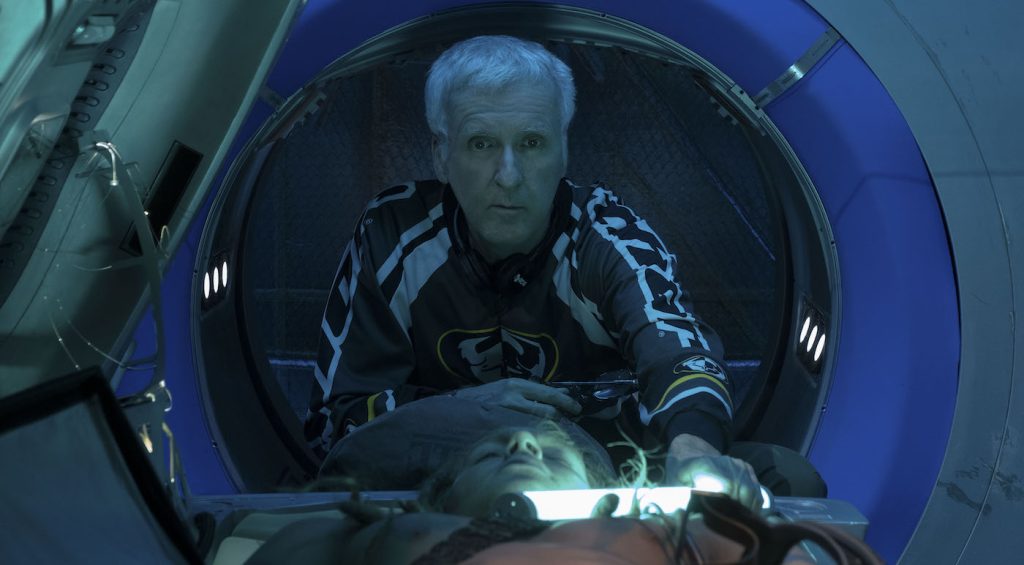 James Cameron is Feeling Very Good About his “Avatar” Sequels

You would have to put James Cameron at the top of the list of people who are champions of the movie theater experience. His latest film, Avatar: The Way of Water, was designed with exacting detail and, over the course of years, to be seen on the biggest screen possible. The irreplaceable value of the theatrical experience has long been one of Cameron’s most consistent messages to film lovers.

Speaking with Variety before last night’s Golden Globes, Cameron was given a chance to reflect on The Way of Water‘s box office success, but he still had his head in the theaters. “I’m not thinking of it in those terms,” Cameron said to Variety. “I’m thinking of it in the terms of we’re going back to theaters around the world. They’re even going back to theaters in China where they’re having this big COVID surge. We’re saying as a society, ‘We need this! We need to go to theaters.’ Enough with the streaming already! I’m tired of sitting on my ass.”

Now that The Way of Water is nearing $2 billion at the box office, Cameron is feeling pretty good about the chances that moviegoers will get another crack at seeing a new Avatar in the theater and, possibly, his vision for the entire, five-part Avatar saga. On last week’s episode of Who’s Talking to Chris Wallace, Cameron understandably sounded a very positive note about the possibility we’ll be seeing all five Avatar films and, at a minimum, Avatar 3.

“It looks like with the momentum that the film has now that we’ll easily pass our break even in the next few days, so it looks like I can’t wiggle out of this and I’m gonna have to do these other sequels,” Cameron told Wallace. “I know what I’m going to be doing the next six or seven years.”

Cameron continued: “The point is we’re going to be okay. I’m sure that we’ll have a discussion soon with the top folks at Disney about the game plan going forward for Avatar 3, which is already in the can – we’ve already captured and photographed the whole film, so we’re in extended post-production to do all that CG magic. And then Avatar 4 and 5 are both written. We even have some of 4 in the can. We’ve begun a franchise at this point. We’ve begun a saga that can now play out over multiple films.”

At this point, who’s betting against Cameron?

Avatar: The Way of Water is in theaters now.

For more on Avatar: The Way of Water and the sequels, check out these stories: