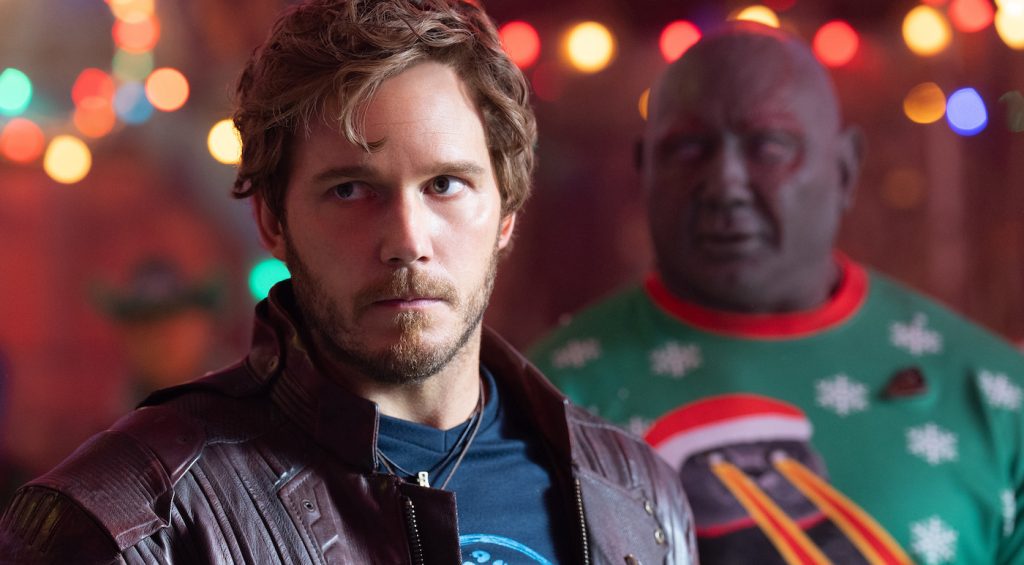 It’s officially the holiday season, with Thanksgiving a mere few days away, and Marvel Studios is getting into the holiday spirit. Behold, The Guardians of the Galaxy Holiday Special, which finds everyone’s favorite galactic goofballs trying to do something sweet for one of their own. The mission? To create an unforgettable Christmas for Peter Quill (Chris Pratt) by taking the once-upon-a-time Earthling back to his home planet to find the perfect gift. That perfect gift turns out to be an amazing cameo, but we’re not spilling the beans on that just yet.

If you think this is just Marvel trying to dominate the holiday-themed TV movie realm as they’ve done in the feature film world, well, you’re not entirely correct. “This is the very first thing ever conceived from Marvel Studios before Disney+,” Marvel Studios president Kevin Feige tells us in this new featurette. “This is a story vomited from the brain of a mad genius,” Chris Pratt tells us, talking about writer/director James Gunn, who is, of course, leading the proceedings here.

The new featurette reveals that Gunn came up with the idea on the set of Guardians of the Galaxy: Vol. 2. “We all had a laugh and thought that would be great,” Feige says. “And then they wrote. In, like, three days.” As for the Christmas present the gang has dreamed up to give to Quill, let’s just say it connects to every other Marvel cameo by a minimum of six degrees.

Check out the new featurette below. The Guardians of the Galaxy Holiday Special arrives on Disney+ on November 25.