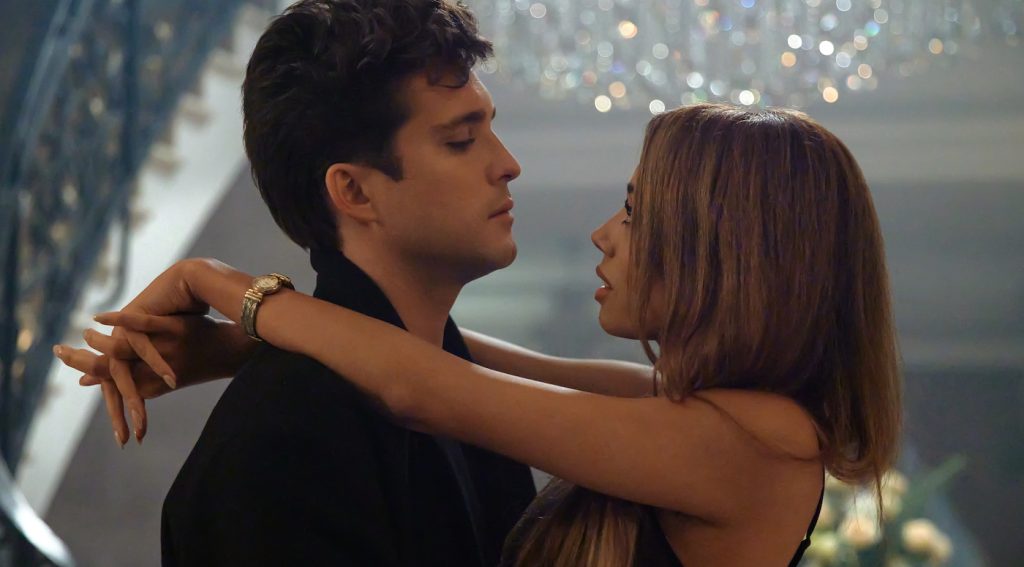 Hispanic Heritage Month ended on October 15th, but that doesn’t mean we stop celebrating the incredible films and series that focus on Hispanic culture. We figured it’s always the perfect time to create a list of binge-worthy content from across the wide spectrum of Hispanic and Latino-focused streaming content. From the lighthearted camaraderie of On My Block to the mouth-watering imagery of The Taco Chronicles to the quiet beauty of Oscar-winner Roma, here’s an incomprehensive-but-eclectic list of films and series to tuck into.

Arguably, this is the best Spanish-language biopic on Netflix. This Netflix original, co-produced by GatoNegro and MGM, tells the authorized version of the life of singer Luis Miguel. The multi-Grammy winner, aka “The Sun of Mexico,” started his larger-than-life career as a child in the 80s.  To this day, Luismi enjoys the loyalty of a millions-strong fan base throughout Latin America. Netflix houses other great stories about musical legends of Hispanic and Latino heritage: El Rey, about ranchera singer Vicente Fernandez, and Mariposa de Barrio, about Chicana superstar Jenny Rivera.

The Queen of Flow

It’s 2022, so when you mix Telenovela with reggaeton, you get a worldwide success. This Colombian telenovela follows the steps of Yeimy as she rises to fame while planning her revenge against those who destroyed her life. The drama of The Queen of Flow will introduce you to one of today’s most popular music genres and one of the best Puerto Rican exports in history, reggaeton. And if you fall for the intoxicating beats of reggaeton, you must know that Bad Bunny—the history-making icon of the genre—is on Netflix as well, not on The Queen of Flow, but rather on the third season Narcos: Mexico, as Kitti Páez.

A splendid ode to the ballroom culture in New York in the 80s, Pose immerses us in the dramatic scene where African American and Afro-Latino queer stars walked for the recognition of their peers. Pose made history this year at the 79th Golden Globes awards, with MJ Rodriguez winning the award for Best Actress in a TV Drama, the first ever for a transgender actress.

Jennifer Lopez’s documentary depicts the legend’s bumpy road to success. We see her turning 50 as she rose from her beginnings as a dancer in In Living Colors to her ground-shaking performance during halftime of the 2020 Super Bowl. The doc offers viewers a rare, very intimate look at J. Lo putting in the work, celebrating the legendary Bronx native as she kickoffs the second half of her life. It’s a thrilling look at how Jenny from the Block has become a global icon.

In this Netflix original, life in South Central Los Angeles is depicted with nuance, authenticity, and honesty. This Goonies-like coming-of-age story features an amazingly diverse cast, led by Afro-Latina Sierra Capri. On My Block manages to showcase multidimensional and relatable characters that we don’t often get to see on screens.

One of the things that unite Latinos of all walks of life is our profound love and pride for our food. We’re lucky because we actually have of the best gastronomies in the world (not that I’m biased). In fact, Mexican gastronomy is part of Humankind’s Intangible Heritage. Taco Chronicles provides a beautiful exploration of Mexico’s signature dish: tacos. The two-season series has been dubbed “a love letter to Mexico,” with each of its 13 episodes dedicated to a specific variety of taco: pastor, carnitas, canasta, barbacoa, and so on. Narrated from the point of view of a taco, this legit documentary is going to leave you hungry. If your cravings go beyond tacos and you’d be in for a Colombian ajiaco or a Peruvian ceviche, you’re going to appreciate  Street Food Latin America, also available on Netflix.

There’s little chance you haven’t heard about Bruno and why we don’t talk about him: After spending more than 3 months topping Billboard’s charts, Lin-Miranda’s “We Don’t Talk About Bruno” became Disney’s most popular song ever, further contributing to the success of Disney’s vibrant animated feature. The film pays homage to Colombian culture, magical realism, and the family values that characterize Latino cultures. The tender way it addresses healing from intergenerational trauma has been praised by audiences everywhere.

One Day At a Time

This family-centered series will captivate you with its heartwarming allure. A reimagined version of the 70s classic, this Netflix original tells the everyday life of a Cuban American family, headed by a vivacious single mom and nurse, Penelope (Justina Machado), and a fabulous abuelita played by legendary Rita Moreno. One Day At a Time was not renewed by Netflix after three seasons, so you’ll have to catch the fourth and last season on Pop.

Studios and streaming services are more than ever realizing the importance of having more Hispanic and Latinos represented on screen and telling stories as diverse as the public who’s watching. Our last pick, Netflix’s first multi-Oscar-winning film, is a perfect example of the great things that can happen when a powerhouse in the streaming industry actively amplifies the voices of Latino filmmakers. I’m talking about Roma, Alfonso Cuarón’s black and white masterpiece that made history at the 2019 Oscars, winning Best Director, Best Cinematography, and Best Foreign Language Film. Roma is an exquisite portrait of life in the capital city of Mexico in its turbulent 70s, and it shook audiences for centering a point of view not commonly seen in Hispanic and Latino productions, that of a young indigenous woman.

Not only will these selections entertain, but they’ll give you an enhanced panorama of mainstream Hispanic and Latino culture. Disfruta! 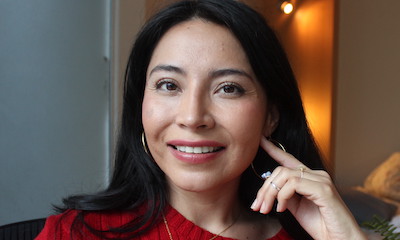