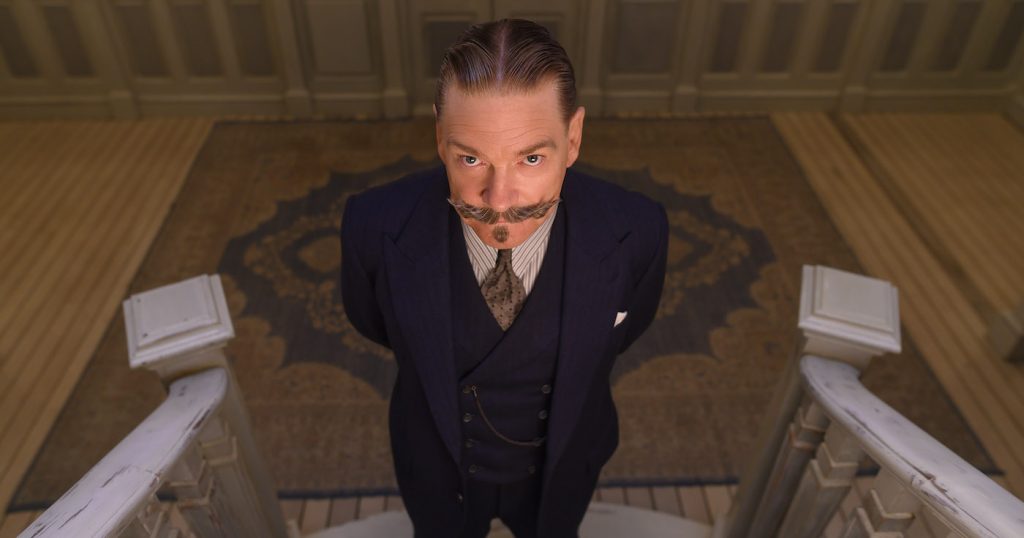 Kenneth Branagh is slipping back into a dual role that he’s come to know inside and out—directing and starring in his third Hercule Poirot murder mystery for 20th Century Studios. A Haunting in Venice will make the esteemed performer and auteur’s Agatha Christie adaptations a proper trilogy, and he’s bringing along another A-list cast of suspects to populate his whodunit.

Following Branagh’s first two Christie adaptations, Murder on the Orient Express (2017) and Death on the Nile (2022), A Haunting in Venice will take the action to that iconic, shadowy jewel of a city on the Adriatic Sea. A Haunting in Venice will boast a delicious menu of potential murder suspects, including Tina Fey, Michelle Yeoh, Jamie Dornan (re-teaming with Branagh after starring in Belfast), Jude Hill, and Kelly Reilly. They’ll all join Branagh, along with Riccardo Scamarico, Ali Khan, Camille Cottin, Kyle Allen, and Emma Laird. It remains a mystery, for now, who these folks are playing.

Branagh’s third trip into Agatha Christie’s gem-sharp world of betrayal, murder, and meticulous attention to detail by her formidable sleuth is set to begin production this Halloween. It’s a fitting start date for a film inspired by Christie’s 1969 novel “Hallowe’en Party.”

Christie’s novel is kickstarted by a 13-year-old girl who’s found dead in an apple-bobbing tub. The young girl had previously claimed she’d witnessed a murder when she was younger, so her own demise now reeks of a killer tying up loose ends. The adaptation is being written by Michael Green, and 20th Century Studios has revealed A Haunting in Venice‘s logline:

“Now retired and living in self-imposed exile in the world’s most glamorous city, Poirot reluctantly attends a séance at a decaying, haunted palazzo. When one of the guests is murdered, the detective is thrust into a sinister world of shadows and secrets.”

Poirot retired in Venice? That sounds about right, but if he really wanted to stay retired, shouldn’t he have gone to some small, remote village where the chances of foul play were far less than that infamously seductive, sin-filled city? Nevertheless, the mustachioed master detective is back.

“This is a fantastic development of the character Hercule Poirot, as well as the Agatha Christie franchise,” said Branagh in a statement. “Based on a complex, little-known tale of mystery set at Halloween in a pictorially ravishing city, it is an amazing opportunity for us, as filmmakers, and we are relishing the chance to deliver something truly spine-chilling for our loyal movie audiences.”