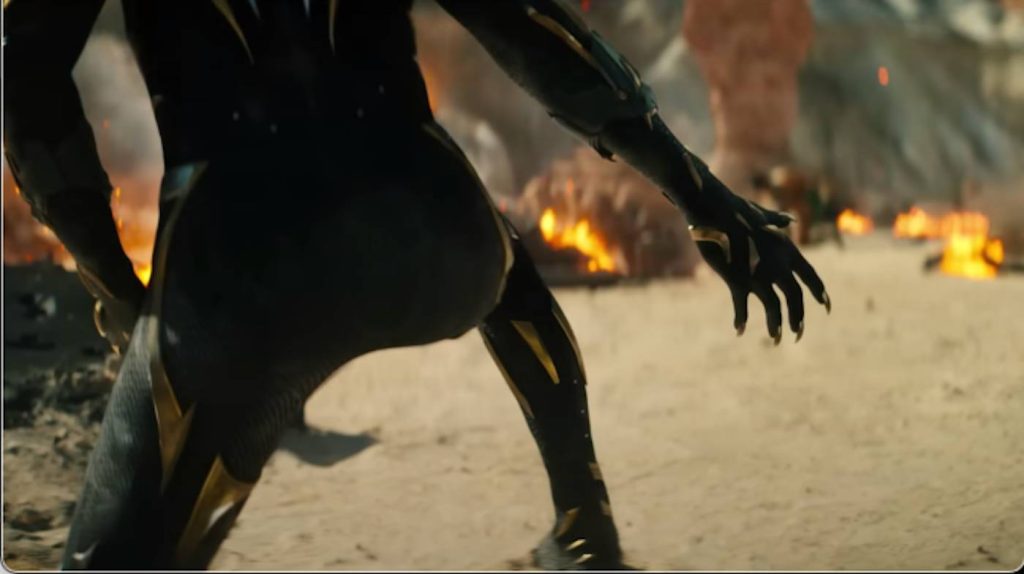 We open with an image of the iconic Black Panther mask being carried by Shuri (Letitia Wright) during a funeral procession for the fallen hero. We know, of course, that Black Panther: Wakanda Forever is carrying on without star Chadwick Boseman, who passed away at 43 in August of 2020. The somber notes and mournful tone of the official trailer for Black Panther: Wakanda Forever feels that much more heartrending when you consider the performers, and everyone involved with making the movie, were feeling it in real life.

While Wakanda is in mourning, a new threat rises, threatening to strike at the nation in its moment of grief. The official trailer introduces us to that threat, in the form of Tenoch Huerta’s Namor, right away. The surviving leaders of Wakanda, along with Shuri, include her mother, Ramonda (Angela Bassett), Nakia (Lupita Nyong’o), Okoye (Danai Gurira), and M’Baku (Winston Duke), and it is on them to figure out a way to handle the incredibly powerful Namor and his warriors. While Erik Killmonger was a beast of an opponent, Namor has abilities that outstrip even his. The man can fly, for starters.

Ramonda seems poised to take on a much larger leadership role now that her son, T’Challa (Boseman), is gone. In fact, she gets the most stirring moments in the official trailer, rallying her proud but grieving countrymen and women to the cause to show Namor and his people just how powerful Wakandans are. She’ll also have some new help.

One major new addition to their struggle will be Riri Williams (Dominique Thorne), better known as Ironheart—a brilliant young scientist who invents a super suit equal to Tony Stark’s Iron Man iterations. Then comes the trailer’s most thrilling moment yet, the reveal, at the very end, of a new Black Panther. While Marvel isn’t going to reveal who, exactly, it is, it is clear that the person wearing this suit is a woman, and she’s not playing around.

Is it Shuri? Okoye? Nakia? We won’t know until the film opens, but it’s a sensational way to cap a trailer that’s about to be seen by many, many millions of people.