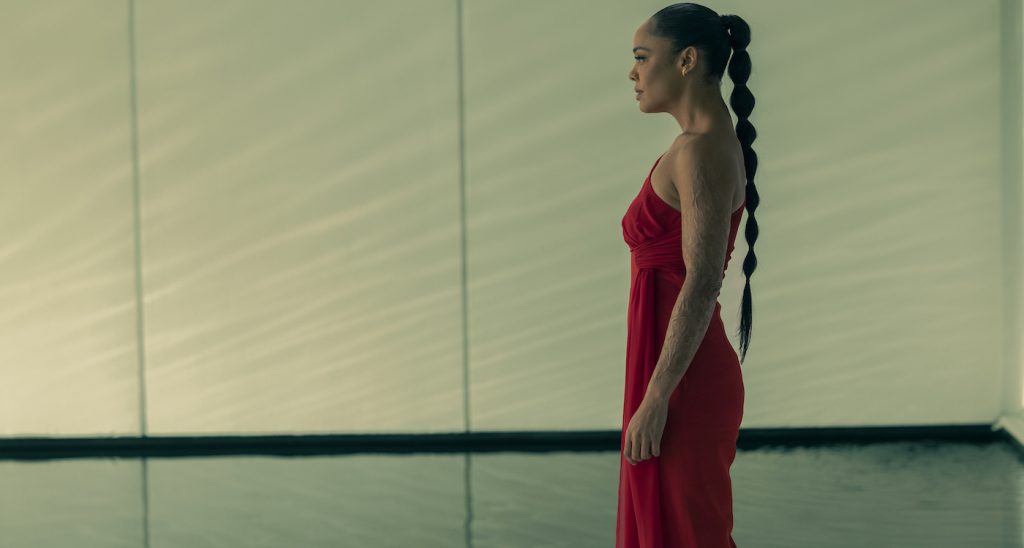 Westworld season four wrapped this past Sunday after a dizzyingly twisted 8-episode arc, burrowing ever deeper into the rabbit hole of a post-human world. As ever, Westworld remains one of the most ambitious shows on television, and season four has arguably been the series’ most devilishly complex yet. With the line between “real” and synthetic obliterated ever since the hosts slipped the confines of the original theme park and infiltrated the real world, Westworld itself has branched out, broadened its scope, and covered new spaces, new places, and near-future eras.

Key to this season’s success was costume designer Debra Beebe, who helped shape many of the show’s new looks and mark the passage of time, both into the future and connecting to the characters’ messy, often distant pasts. Whether that was designing looks for Dolores (Evan Rachel Wood), who began the season living a quiet life as a corporate writer named Christina at Olympiad Entertainment, the cyro-suit for William (Ed Harris), trapped in a cryo-chamber while his host double operates in the real world, or Charlotte Hale (Tessa Thompson)—actually a copy Dolores—who started the season replacing U.S. government officials with host copies in her ongoing effort to create a new world order, and was season four’s main villain.

“Even though it’s these futuristic, forward-looking designs, I always want what the characters wear to be true to themselves,” Beebe says. “You don’t want to notice the costume more than the character. You want it all to read as one whole piece, from head-to-toe, authentic to the character that you’ve gotten to know for several seasons now. As we move forward in time, we want to keep them true to who they’ve been all along.”

Beebe discusses designing for a new character (sort of) for Evan Rachel Wood, how she created a suit built for freezing its wearer, and designing for Tessa Thompson’s Charlotte Hale, a goddess among mortals.

Tell me about taking the baton from previous designers and stepping into Westworld.

Grabbing the baton and running is more like jumping out of a helicopter with this show [laughs]. In some ways, it was good that I was coming into a season that had such a different vibe and direction, even though there are definitely lines and images that take you back to previous seasons. When I came in and met with the producers, I started the next day. I had just to devour the scripts.

How did you approach the look for Evan Rachel Wood’s new character Christina, who begins the season believing her life as a corporate writer is, in fact, her actual life?

With Christina, [co-creator] Lisa Joy refers to her as a whole new character rather than another version of Dolores, but we still wanted touches of Dolores in Christina, especially in the colors. So with her modern looks, we keep her in blues. What’s different is Christina is in this professional office setting versus Dolores living in the old west. It was just pulling her into the future, where she’s living in New York City and having some foggy memories of a past life, but trying to sort out where she is now. Then Teddy comes in and helps her understand what her life is and who she is in this world.

Teddy’s look has changed tremendously from his gunslinging days in the first season.

For Teddy [James Marsden], they wanted him to have a very handsome, leading man kind of look. The first thing we did was the suit for his date with Christina, which, by the way, was a fun look for Evan Rachel Wood as well. She had this futuristic look with some cutouts at the top, and it was very angular. Teddy was first in a suit, and then later, we put him in a leather jacket. t It was about clean looks because he’s a simple guy, and he’s just handsome. With James, you don’t even notice the clothes because he’s so handsome and warm and wonderful.

Thandiwe Newton’s Maeve has steadily grown into the series’ hero, and for this season, her look changed more than anybody else’s from episode to episode. How did you approach her season 4 arc?

Yeah, Maeve’s character is so great. She goes from the barmaid in the west to the 1920s, which I think suited her really well, and all of her gorgeous snarkiness. We also did flashbacks to where she and Caleb were taking out Rehoboam, and we shot those at a lighthouse in Mexico, so they just referred to her and Caleb both being badass and militant looking at that point. We also see her in flashbacks in Alaska as she’s trying to hide and figure out her direction. One more outfit after she’s brought back to life after Bernard finds her in the desert. She’s in a black tank top, pants, and boots; she puts another jacket over that and looks badass again.

Charlotte Hale is an interesting character to track. She was a human, then she was turned into a host, and she’s actually a copy of Dolores.

That’s my understanding [laughs]. I know some fans refer to her as Halores.

Her look remains somewhat similar to seasons past, as she’s this very successful, very unflappable woman in charge, but I’m curious if you tweaked her designs as she takes on more of an outright villain role?

She was definitely more corporate in the past. This season, it’s her world, she’s starting to play it, and she is a goddess. Like in the scene in New York where she’s in that white dress controlling people. That’s her just having fun and playing. We wanted to give some weight with fashion to her look, to show that Charlotte is the one in control and, as Maeve says, “You can be whoever you want, and do whatever the f**k you want”—that’s Charlotte Hale.

Charlotte got horribly burned in season 3—how did you factor that into designing for her in season 4?

Jonah [Nolan, co-creator] and Lisa [Nolan] wanted to factor that in every chance we got, so we’d shorten a sleeve if it was too long. That black and white outfit showed her burnt arm all the way down. That was working with Jennifer Aspinall on those appliances they’d put on Tessa, whether it was a full arm or a half arm. That was all about working with the other departments to make the magic happen. They wanted to track her arm, her past, so any time there was a chance to expose even part of it, they wanted to do that. 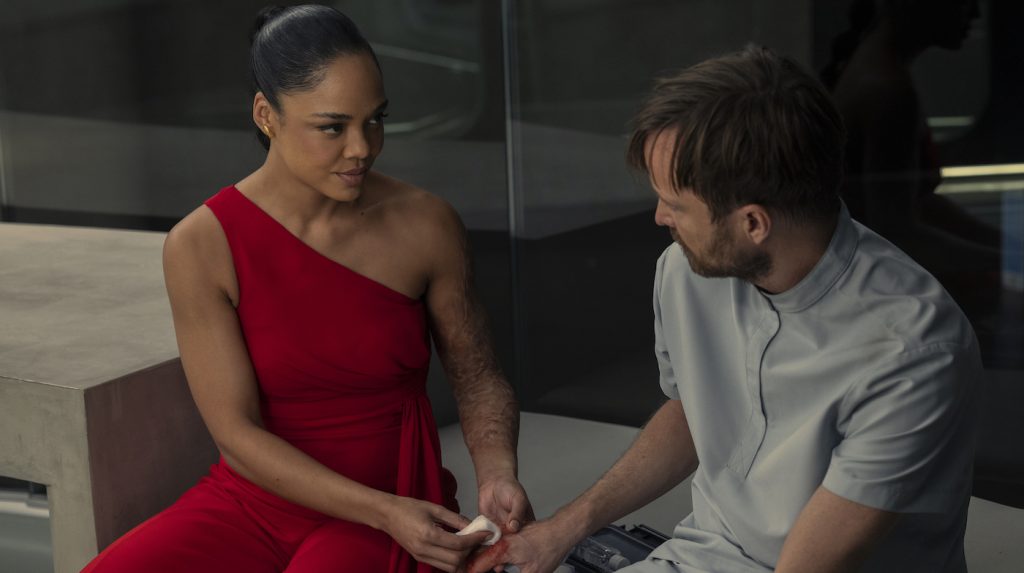 And finally, you were working with two versions of Ed Harris’s William. One is a human trapped by Charlotte Hale in a cryo-chamber, and the other is a host, doing Charlotte’s bidding in the real world.

When William meets with the board of directors for Delos, he’s in a suit, but he’s still the Man in Black in whatever setting he’s in. There are a few times where he does go back to his western look, which is exactly the same look that Trish [Summerville] designed for the pilot. The cryo-suit was a big thing for us and a cool piece to work on. When I arrived, they were like, “You’ve got to get on this because we’re shooting in six weeks.” So we had to finalize the concept and start building, which for the most part, we built in-house. I wanted a clean line on him, something futuristic, with the tubing square rather than round. The way we connected that onto the suit was to make it look like it would actually freeze his body down and be believable and play against that wonderful set that John Carlos did with the cryo-chamber, which literally opened that way. It was rigged with hydraulics and lighting effects. It was a really cool, clean, futuristic outfit to work on.

All episodes of Westworld season 4 are available on HBO Max.