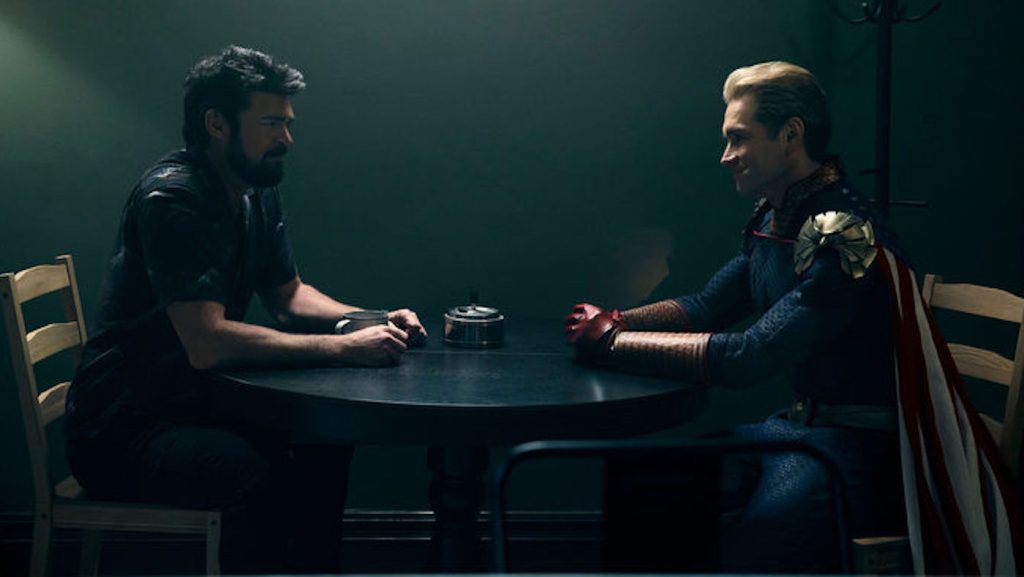 The Boys are back in town. That town is Toronto. This is good news.

After concluding a wild, ambitious third season back in July, we’ve been waiting on word for what would happen next for showrunner Eric Kripke’s deeply NSFW superhero send-up. We assumed that season four was a sure thing considering how popular and consistently engaging the series was, but we like our confirmations to be official. Luckily, Kripke himself has answered that question, sharing a Tweet that teases the upcoming fourth season. That’s right—The Boys are returning for another round of madness.

Kripke tweeted an image of himself boarding a flight to Toronto, Canada. This was followed by The Boys‘ official Twitter page having a little fun with their innocent reveal of the team heading to Canada, where the past three seasons have been filmed.

Just some people flyin, nothin else to see here pic.twitter.com/BpseYJCqQs

In the images, we see Karen Fukuhara, who plays Kimiko; Jack Quad, who plays Hughie; Antony Starr, who plays the demented Homelander; and Chace Crawford, who plays the Deep. If this isn’t proof that season 4 is underway, well, we don’t know what would be.

It also jibes with what the series lead, Karl Urban, told Collider back in June: “Yeah, we’re starting, I think August the 22nd, we’re going to be starting season four. So I’m getting back, getting my Butcher back on, and I can’t wait. It’s a fun gang to play with, we work hard and play hard, and I can’t wait to see where they take the characters from where we leave them at the end of this season.”

The end of the third season saw a very surprising turn of events, with Homelander and Billy Butcher being forced to team up against Soldier Boy (Jensen Ackles) to stop him from going nuclear and killing them all. We’re betting that brief alliance is over now, and Billy will back to wanting to destroy Homelander once and for all.

For more on The Boys, check out these stories: