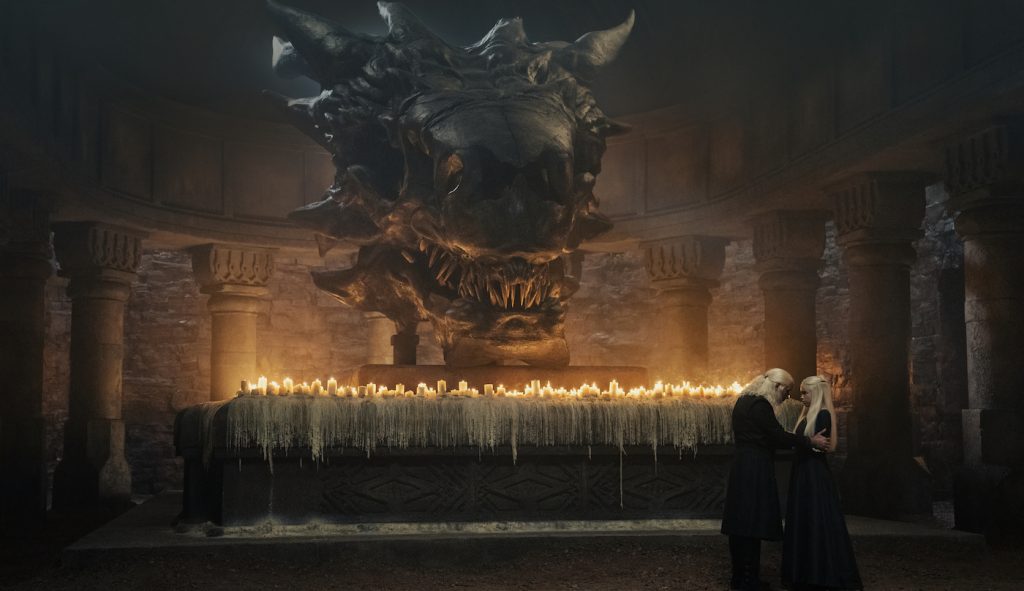 A power struggle over who might ascend to the Iron Throne. A brutal, heartbreaking birth scene. A vicious attack by armed watchmen on the so-called ne’er-do-wells of King’s Landing, led by the king’s impetuous, dangerous brother. These are a few of the intrigues that House of the Dragon delivered in its series premiere, the first Game of Thrones prequel to make it on air and one that looked every bit as polished and paced as its predecessor.

Set 200 years before the events in Game of Thrones, the 10-episode season of House of the Dragon will take us inside the succession battle within House Targaryen, despite the fact that King Viserys Targaryen (Paddy Considine) is still relatively young and in decent health. The reason the undisputed leaders of the seven kingdoms are squabbling over the Throne is that King Viserys’ has no male heir. He hoped his pregnant wife, Queen Aemma Arryn (Sian Brooke), was going to give birth to a son during the epic tournament he’s arranged in King’s Landing. This leads to the episode’s toughest scene when the King is forced to make an impossible decision between the life of his wife and unborn child.  Viserys decides to save the child and has the baby cut from Queen Aemma’s womb. He loses both wife and son in one fell swoop, and the vultures fighting over the fate of the Throne descend shortly thereafter.

The concern over the throne, voiced most eloquently by the King’s Hand, Otto Hightower (Rhys Ifans), is that without a clear heir, the populace might get restive. The hold on power, even for a family that controls ten adult dragons, is always precarious in Westeros. The thing is, the King does have someone who is obviously next in line—his brother, Prince Daemon Targaryen (Matt Smith), the current leader of the City Watch (it was Daemon who unleashed his Watchmen on King’s Landing to bloody effect). But Daemon is a violent hothead, Otto Hightower argues, and there are other candidates to choose from.

One of those candidates is the person the King has been overlooking her whole life, his eldest child no less, his daughter Princess Rhaenyra Targaryen (Milly Alcock while young, Emma D’Arcy as an adult). It’s Princess Rhaenyra who the King taps as his successor by episode’s end, while Daemon, aware he’s being overlooked, rides off on one of the Targaryen’s dragons.

For a deeper inside look into how the premiere episode was made, this behind-the-scenes video released by HBO will do you right. Here, co-creators Ryan Condal and Miguel Sapochnik, as well as various cast members, discuss the reasons why they opened the episode with the Great Council, the twinned scenes of the violent tournament and Queen Aemma’s violent birth, and why Viserys chose Rhaenyra as heir. House of the Dragon returns next Sunday at 9 p.m. ET/PT.

For a peek at what’s coming in the weeks ahead, check out this new video: