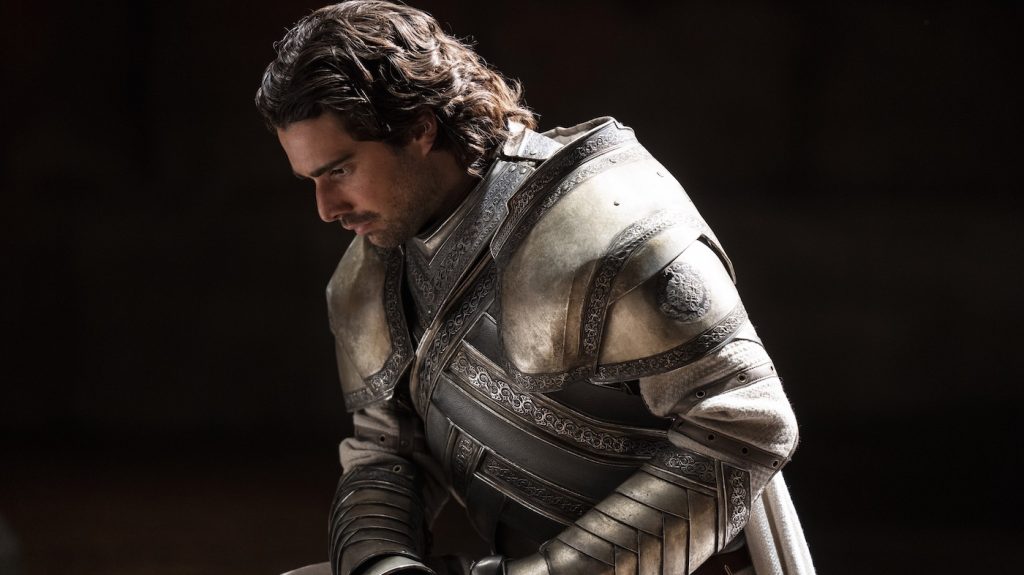 “I feel incredibly loyal and responsible for the original show,” says showrunner/executive producer/director Miguel Sapochnik at the top of a new House of the Dragon video. “It was a game changer,” Sapochnik says about a little show he worked on previously called Game of Thrones.

“George and his writing was a huge influence on me,” adds House of the Dragon showrunner Ryan Condal. “It’s an incredible feeling to achieve my dream job. You get that great call, which is the thing that every writer is hoping for, telling you that we’re going to go make this thing. You’re happy for a few seconds, and then you realize the responsibility that’s on your shoulders.”

The responsibility of following HBO’s world-conquering Game of Thrones is no joke. House of the Dragon has the bones to pull it off, however, thanks to the talented cast and crew and the fact that George R. R. Martin is on board as a producer. Based on Martin’s “Fire & Blood” series, House of the Dragon is set 200 years before the likes of Daenerys Targaryen, Jon Snow, Cersei Lannister, and the rest fought and died over the Throne in Game of Thrones. The series will explore the rise of Daenerys’ ancestors in the House Targaryen and track how these volatile, often vicious dragonlords ruled Westeros and the civil war that followed, known as the ‘Dance of Dragons.’

“It’s great to have Ryan [Condal], a great writer and someone who really knew my work,” says George R. R. Martin, a producer on the series. “He’s going to his best to remain faithful to it.” As for Miguel Sapochnik, Martin knew he’d do a great job, adding that he directed some of Game of Thrones best episodes. Yet even for Martin, there are nerves involved. “There’s always a little suspense on how good is it going to be,” Martin continues. “But I think I’m in good hands with Ryan and Miguel.”

Condal promises viewers that House of the Dragon isn’t just a Game of Thrones prequel for a prequel’s sake but that there’s a good reason to tell this story. And, of course, the series will be hugely ambitious.

Check out the new video below. House of the Dragon premieres on HBO and HBO Max on August 21.

TAGSGame of Thrones HBO House of the Dragon