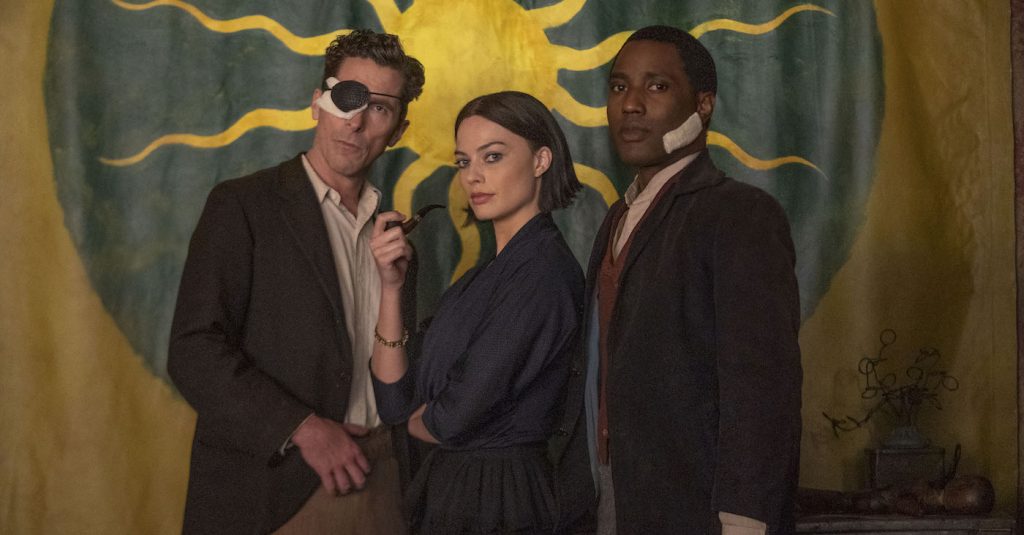 Writer/director David O. Russell returns with a dream of a cast for his latest feature Amsterdam, which has the buzzy energy of his 2013 crime caper American Hustle. Here, Russell trades American Hustle‘s late 70s for the 30s with a wild story based on historical fact, but which carries the auteur’s trademark zest and A-list stars. Amsterdam is centered on three friends, played by Margot Robbie, John David Washington, and Christian Bale, who met during the war. Washington and Bale’s characters were soldiers, Robbie’s a nurse, and what came of their chance meeting was an enduring friendship that would sustain them even when they were smack dab in the middle of a shocking secret plot and a murder accusation.

The cast, as is the case with all of Russell’s films, is outlandishly talented. The main trio is joined by Chris Rock, Rami Malek, Mike Myers, Anya Taylor-Joy, Michael Shannon, Timothy Olyphant, Zoe Saldana, Andrea Riseborough, Taylor Swift, and Robert De Niro. Our three friends will need to enlist a friend of the deceased (De Niro’s character), their wits and charms, and some good luck to survive the pickle they’re in. “This is becoming a lot larger than any of us,” Robbie’s character says, and from the verve of the trailer, you can almost feel the manic energy that will enliven Russell’s tale.

This is Russell’s first film since 2015’s Joy and seems very much in his wheelhouse. Like American Hustle and Silver Linings Playbook, he excels at utilizing the gifts of his sprawling, talented casts and fostering electric chemistry between his actors.

Check out the trailer below. Amsterdam hits theaters on November 4.

For more big films coming out, check out these stories: