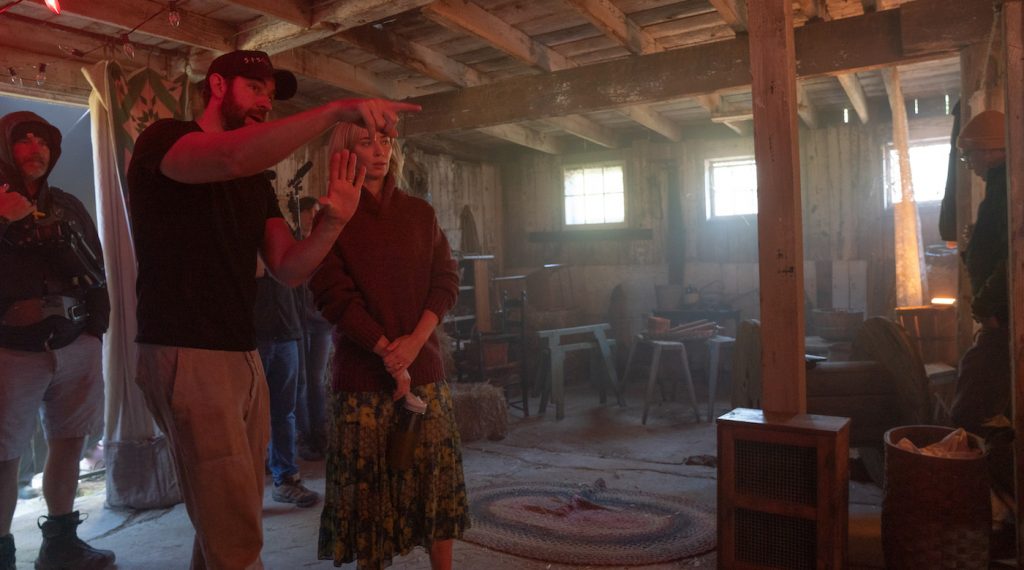 Paramount has shuffled its upcoming film slate a bit.

First up, A Quiet Place: Day One—kudos for them nailing that title, by the way—will hit theaters on March 8, 2024. This is a slight move from the original release date of September 23, 2023. John Krasinski has ceded the directorial duties to Michael Sarnoski, who directed 2021’s deliciously wild Pig, starring Nicholas Cage. Krasinski will produce A Quiet Place: Day One alongside Michael Bay, Andrew Form, and Brad Fuller.

The title suggests that Day One will be a prequel to Krasinski’s original A Quiet Place, which caught up with the Abbott family after they’d settled into a life-saving routine of total silence, having survived the first day of the alien attack. There was a glimpse of the first moments of the attack in A Quiet Place Part II, which was both thrilling and quite tonally different than the quiet menace that Krasinski had built with the franchise. With Day One, one imagines Sarnoski will get to lean a bit more heavily into pure action.

For Krasinski’s next directorial effort, IF, Paramount has set a new release date of May 24, 2024, moving it from its original release date of November 17, 2023. The film, starring Ryan Reynolds, will also include Krasinski himself, as well as the great Phoebe Waller-Bridge, Louis Gossett Jr., Fiona Shaw, Cailey Fleming, Alan S. Kim, and Steve Carell. Krasinski wrote the script for IF and serves as producer alongside Reynolds and Allyson Seeger.

Paramount will also release The Tiger’s Apprentice, an adaptation of Laurence Yep’s fantasy novel, on Jan 19, 2024, moving it back from its original December 20, 2023 release date. The animated film will be directed by Raman Hui and features a voice cast that includes Michelle Yeoh, Henry Golding, Lucy Liu, Brandon Soo Hoo, Sandra Oh, and Leah Lewis.

For more on A Quiet Place: Part II, check out these stories: