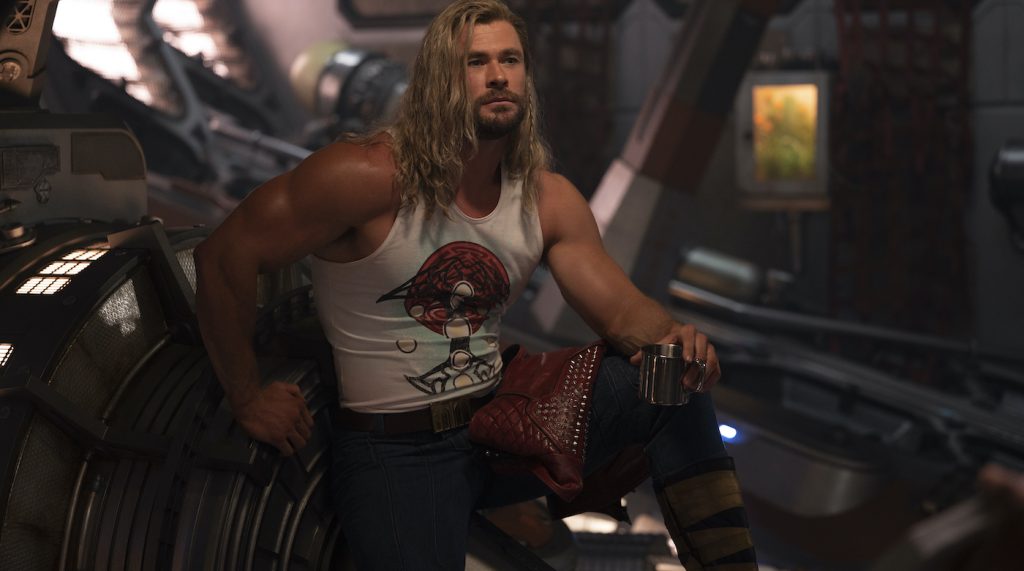 A new Thor: Love and Thunder look gives you, among other pleasures, a glimpse at Chris Hemsworth’s screen test for the role that would change his career. Hemsworth, although a touch skinnier and a decade-plus younger, reads some of Thor’s lines and you marvel at how, even then, it seemed like nobody else could play the God of Thunder.

Marvel Studios President Kevin Feige discusses how one of the early decisions made at the studio was to bring the character of Thor to the big screen. Casting was a global effort, with Marvel looking at a slew of would-be Asgardian gods. Once they came across Hemsworth, Feige says they realized they had the right man for the job.

“It’s really just impressive to watch him,” Natalie Portman says in the video. “He’s so committed and works so hard, and he has such incredible comedic talent as well.” Portman, of course, played Jane Foster in the first two Thor films but stepped aside after that. That’s when writer/director Taika Waititi took on Thor: Ragnarok and changed the character from the noble, brooding intergalactic superhero into the hilarious, Hulk-loving goofball we’ve come to know and love. Waititi leaned into those comedic chops Portman was talking about, and Hemsworth has been having the time of his life ever since. Now, with Love and Thunder, we’re getting our second full dose of this version of Thor.

We’re also getting Portman back. Only she’s got a beefier role—she’s now Mighty Thor, capable of wielding the magical hammer Mjolnir, and is a huge part of Love and Thunder‘s go-for-broke style. It’s going to be epic.

Check out this homage to Hemsworth’s journey as Thor. Thor: Love and Thunder hits theaters on July 8.