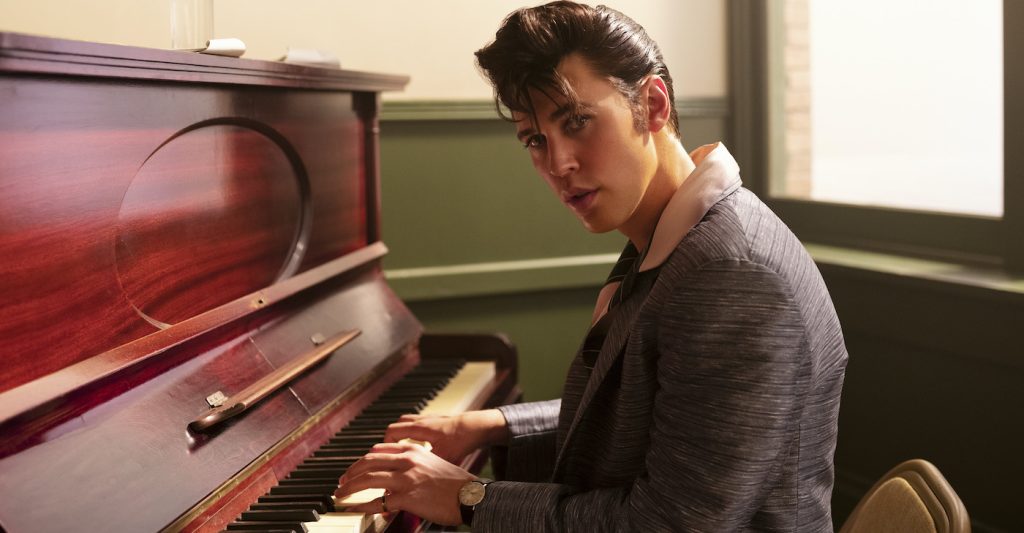 The King has arrived. Well, almost—director Baz Luhrmann’s exuberant biopic Elvis premieres in just a few days—and Warner Bros. has released the final trailer. Unlike the first trailer, which was as much about Tom Hanks’s Colonel Tom Parker, Elvis’s notoriously unscrupulous manager, as it was about Elvis (Austin Butler), the final trailer is more focused on the meteoric rise of the King himself and the cultural landscape in America that he inherited and then helped changed.

The King’s rise was, as Elvis will explore, managed by Colonel Tom Parker, who steered the young Memphis musician’s career with ferocious energy. Parker saw his own future bathed in bright lights (and money) thanks to Elvis’s musical chops, his billboard-worthy looks, and his malleability as a young man in search of guidance. The final trailer shows the absolute frenzy Elvis was able to cause nearly everywhere he went, and how transgressive his performances seemed back then. “Colonel, you put an end to your boy’s animal behavior, or we will,” Parker is instructed in the trailer. Elvis will explore the relationship between Elvis and Parker, as well as Elvis’s family life. This being a Luhrmann film, you can also count on a colorful, maximalist approach to tracking the life of one of the 20th century’s most iconic stars.

Check out the final trailer below. Elvis hits theaters on June 24.

Here’s the official synopsis for Elvis:

A thoroughly cinematic drama, Elvis’s (Butler) story is seen through the prism of his complicated relationship with his enigmatic manager, Colonel Tom Parker (Hanks). As told by Parker, the film delves into the complex dynamic between the two spanning over 20 years, from Presley’s rise to fame to his unprecedented stardom, against the backdrop of the evolving cultural landscape and loss of innocence in America. Central to that journey is one of the significant and influential people in Elvis’s life, Priscilla Presley (Olivia DeJonge).

For more on Elvis, check out these stories: