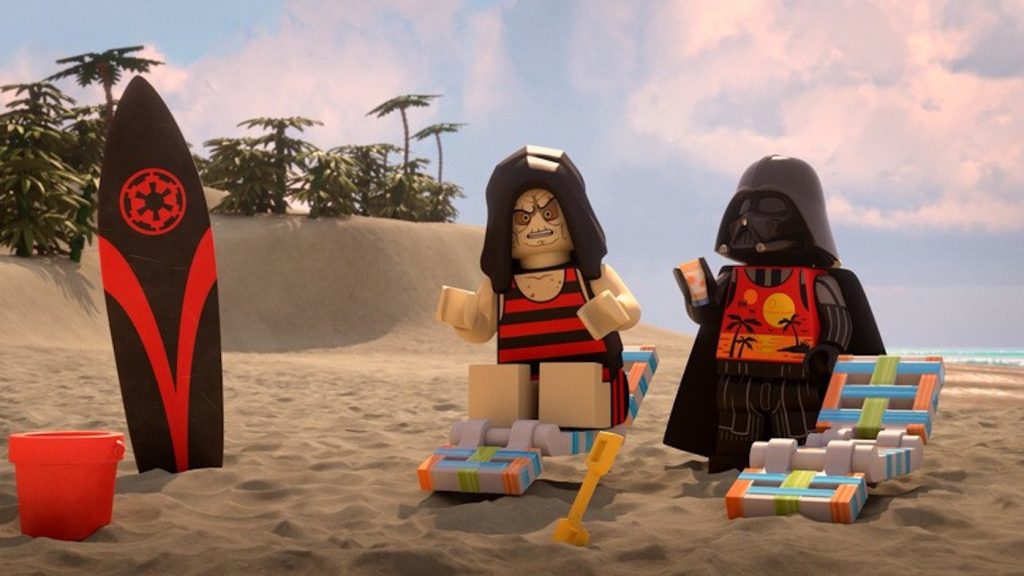 Have you ever wondered what a LEGO Star Wars Summer Vacation movie might be like if it starred Weird Al Yankovic and featured his music? Consider your curiosity satisfied! The first trailer for said movie has arrived, featuring a new tune from Yankovic, and revealing the summer fun to be had by all. LEGO Star Wars Summer Vacation features Yankovic and Yvette Nicole Brown, as well as former Star Wars champs Kelly Marie Tran, Anthony Daniels, and Billy Dee Williams—plus a massive cast lending their voices to the likes of Darth Vader, Emperor Palpatine, and more.

LEGO Star Wars Summer Vacation is set after Star Wars: The Rise of Skywalker and is centered on a summer getaway planned by Finn (Omar Miller). The idea is to get the gang together—Rey, Poe, Rose, Chewie, BB-8, R2-D2, and C-3PO—and take a trip on the super swank Halycon, a luxurious Galactic Starcruiser. Sounds fun! Problems ensue, however, including Finn getting separated from the group and coming face-to-face with three Force ghosts: Obi-Wan Kenobi, Anakin Skywalker, and Leia Organa, who each have some pretty harrowing stories about botched vacations they’d like to share.

Directed by Ken Cunningham and written and executive produced by David Shayne, LEGO Star Wars Summer Vacation is the kind of family-friend flick you can enjoy with the kids.

Check out the trailer below. LEGO Star Wars Summer will premiere on August 5, 2022, exclusively on Disney+.

For more on Star Wars, check out these stories: