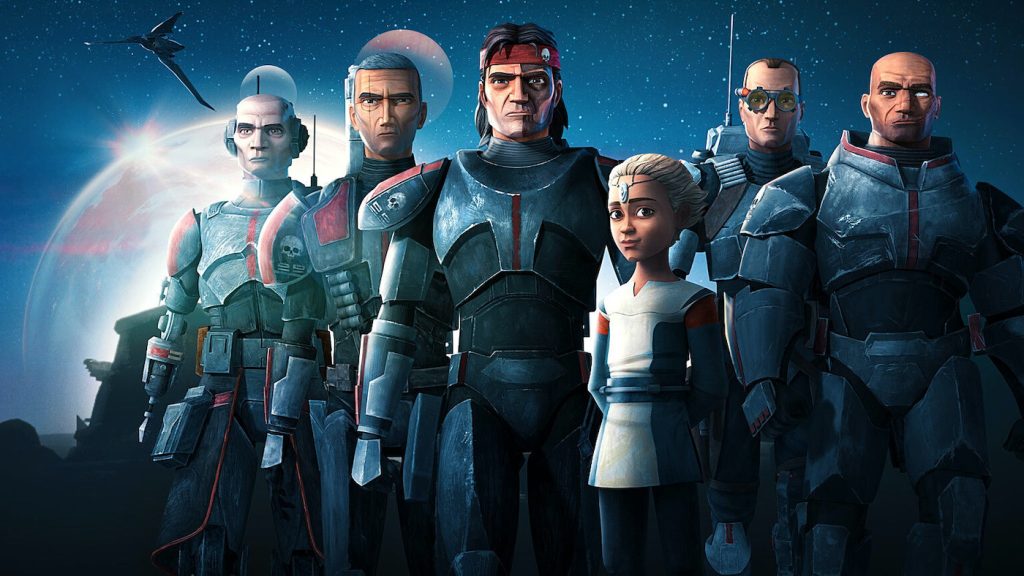 The Bad Batch is back. Disney+ has revealed the season 2 trailer for the animated series, which finds our favorite clone mercenaries getting back into the business of taking on dangerous missions to try and help who they can in a galaxy gone berserk. The members of The Bad Batch were first introduced in the animated series The Clone Wars and under the guidance of The Mandalorian director and executive producer Dave Filoni and head writer Jennifer Corbett (Star Wars Resistance). Filoni and Corbett return for season two.

“The entire Lucasfilm Animation team and I would like to thank Disney+ and our fans for the opportunity to continue telling the story of the Bad Batch,” said Filoni in a statement.

“Fans have enthusiastically embraced the action and drama of Star Wars: The Bad Batch, and we are excited to see the Star Wars animated universe continue to expand on Disney+,” said Michael Paull, President of Disney+ and ESPN+ in a statement. “As the dedicated streaming home for the Star Wars franchise, we can’t wait for the second season of this fan-favorite animated series.”

The series is set after the Clone Wars and finds our genetically mutated clones using their vast array of skills to survive in a chaotic galaxy.

Check out the season 2 trailer below. Curious which member of The Bad Batch you are? Take this quiz. Star Wars: The Bad Batch arrives this fall.

For more Star Wars stories, check these out: