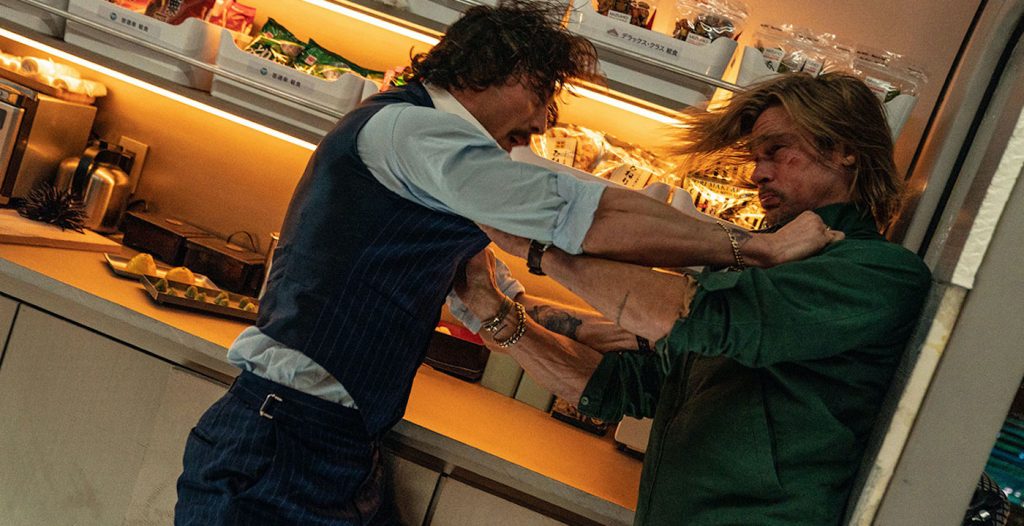 All aboard the Nippon Speedline, the titular mode of transportation that will be carrying director David Leitch’s Bullet Train on a deliriously action-packed track. A new trailer for Leitch’s A-list thriller reveals that this journey is looking very intense for a tired assassin known as Ladybug (Brad Pitt). Ladybug—a new name he’s just been given–is tired of all his bad luck. His handler (played by Sandra Bullock) has a new job for him, and she’s given him the new name as a way of promising his luck is about to change. The job takes place on a train. The issue? There are a bunch of other assassins on that train, too.

Bullet Train is going to be a non-stop thrill ride, and the reason isn’t just the sensational cast (more on them in a second), but the fact that Leitch has made a career of breathless action backed by real practical effects and touches of genuine wit. In his past films like Deadpool 2, Fast and Furious Presents: Hobbs and Shaw, and Atomic Blonde, Leitch mixed his martial arts and mayhem with comedy. It’s a winning formula, one that some of the biggest stars in the business are eager to take part in.

Bullet Train was written by Zak Olkewicz, and is based on Kôtarô Isaka’s novel “Maria Beetle.”

Check out the trailer below. Bullet Train arrives in theaters on July 15.

In Bullet Train, Brad Pitt stars as Ladybug, an unlucky assassin determined to do his job peacefully after one too many gigs gone off the rails. Fate, however, may have other plans, as Ladybug’s latest mission puts him on a collision course with lethal adversaries from around the globe – all with connected, yet conflicting, objectives – on the world’s fastest train…and he’s got to figure out how to get off. From the director of Deadpool 2, David Leitch, the end of the line is only the beginning in a wild, non-stop thrill ride through modern-day Japan.