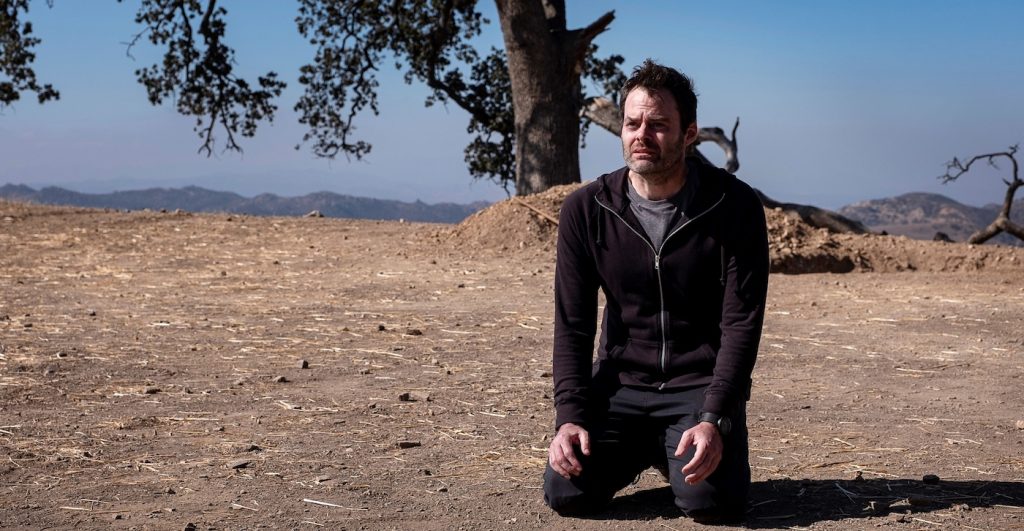 Barry cinematographer Carl Herse has his fingerprints all of season three in what is turning out to be a reckoning for the titular hitman (played by co-creator/writer/director Bill Hader). Herse joined the Barry team and lensed five of season three’s 8 episodes (1, 2, 6, 7, and 8) in what has turned out to be the darkest stretch of Barry’s decidedly pitch black journey thus far.

Citing influences as wide-ranging as Akira Kurosawa’s Throne of Blood, the Coen Brothers, and cinematographer Robby Müller’s work in Wim Wenders’ Paris, Texas, Herse takes us on a journey through crafting season three’s twisting turns, as Barry’s past stalks him, a fitting consequence of his post-military career as a hitman, and why Bill Hader and co-creator Alec Berg’s approach on Barry helps create a uniquely actor-friendly environment for the stars to shine.

Walk me through some of your initial conversations with Bill Hader about season three?

Bill is an enormous film buff and has very comprehensive knowledge about old films, contemporary films, and foreign films. We prepped this entire season before Covid, and once the shutdown happened, Bill and I spent a ton of time talking about movies and watching stuff, and we shared images that we thought could inform the scenes that we knew we were going to shoot. The writers were also able to use that time to start outlining season 4, which then allowed us to go back and adjust season 3. It’s really just a lot of nerding out, chatting on the phone, and watching movies. This became useful as a shorthand when were filming, Bill could just be like, “remember that scene in Throne of Blood?” and I’d know exactly what kind of lighting he was talking about.

Do you find the approach to Barry inherently different from other shows you’ve worked on?

We try to approach Barry like a long feature film. It’s a very different system, with Bill and Alec [Berg] taking turns directing, rather than a showrunner-based system with different directors coming in each week and being brought up to speed on the style of the show. The great advantage is that Bill and I might come up with an idea that might be re-written in the show. For example, the first scene in season three was shot at dawn, even though it was originally scripted as day. We wanted to make this a super early morning scene that was shot in chronological order, so over the course of the scene, it actually gets brighter and you see the sunrise over the hill. That was because in our conversations, we talked about how we really wanted to see Barry in this very dark place and show the audience what he’s become in the time they’ve been away from the show.

I imagine having the show’s co-writer, co-director, and producer also star in the show makes for a unique filming experience, too?

One thing that happens on this show that I’ve never experienced and that’s the greatest for everyone is we do rehearsals with the actors. Normally, you have a table read where you do one big read-through of the script with the whole cast sitting around the table and the studio or network is there to give notes. On Barry, we do these very small, quiet rehearsals where Bill, Liz Sarnoff (producer/writer), Alec Berg, and myself will go into the room with whoever’s performing in these scenes, whether it’s Stephen Root or Henry [Winkler] or Sarah [Goldberg] and we’ll just run the scenes as if it was a table read, then Bill and Alec will talk about what’s coming in the story, or what might be happening next season that the actors might not be aware of. And through that process, a lot of rewriting happens. And for me, it’s really inspiring because you get a much more emotive performance than you get in a table read. The actors really get into it and start really delivering the lines the way that they’ll probably say them. That’s the best way for me to imagine how I can visually support them, how I might light a scene, and what information we might withhold in a scene.

This might explain, at least in part, why the experience of watching Barry feels different from a lot of shows. Are there technical choices you guys make that you find are unique to the series?

Bill is also extremely good at understanding perspective, subjectivity versus objectivity, and what kind of information he wants to refrain from showing the audience right away. I think there are a lot of great examples throughout the season where we’ll hold on one side of coverage for a very long time and not see the reverse coverage. Bill doesn’t edit on dialogue very often. He edits more on tone and what the audience should be responding to, which is very interesting. Most shows will cut back and forth between whoever’s talking, but we’ll go to great lengths to hold one side of a conversation.

How does that method affect the cast and crew?

Like the Coen brothers, Bill really only shoots for the edit. He doesn’t cover himself very much. I think a lot of people are always surprised by how fast we move and how little coverage he shoots. And he’ll even go so far as to shoot the first two lines of dialogue in a wide shot and then just cut and be like, ‘Okay, let’s go in for close-ups.’ I think it really helps because the actors don’t get burned out. Their performance always feels really fresh. A lot of times, if you’re doing a dinner table scene, for example, you have to get every single eye-line and you’re spending seven or eight hours or even several days on it, depending on how long the scene is.

Barry can be very funny, but it’s also relentlessly dark, season three especially. How did you approach this season, which really maps Barry’s descent?

The thing that Bill talks about a lot from a writing perspective is writing honestly. The things that happen to those characters will inevitably result in consequences for them. A lot of times you will have ongoing stories on television where people don’t really change very much. The set-up for Barry has been this crazy journey audiences didn’t really expect, and what was exciting for me about coming into this season was how dark season two got, and how in season three we had an opportunity to lean into that darkness. I know in conversations with HBO, they’ve been really supportive, but there are times when they’re like, ‘Is this a comedy anymore?’ Particularly towards the end of season three, we’re approaching the material honestly, and things do get pretty dark and the jokes become farther apart and fewer in between.

How do you translate this journey into darkness visually?

It’s been very exciting for me to work with Bill, work with production designer Eric Schoonover, and try to set up spaces that tonally could feel like the walls are closing in and a dark cloud is forming over our characters. The Coen brothers are a big influence on how to ride that line where something can be deeply tragic and brutal and also funny, all within a short period of storytelling time.

For more on Barry, check out our interview with Bill Hader: