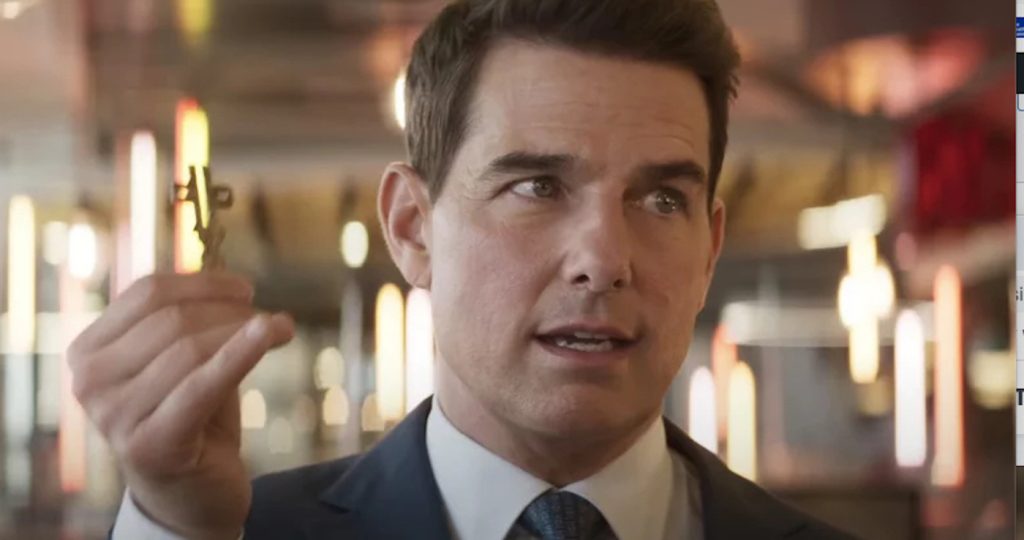 It’s Tom Cruise month, folks. While Cruise is still flying high from the stellar reviews for Top Gun: Maverick (which zooms into theaters on May 27), Paramount has just dropped the first trailer for Cruise’s other massive franchise, Mission: Impossible – Dead Reckoning Part One. Cruise returns as super spy Ethan Hunt, and he’s joined by the modern Mission: Impossible mainstays, with writer/director Christopher McQuarrie at the helm and Cruise’s longtime co-stars returning. These include Rebecca Ferguson as Isla Faust, Simon Pegg as Benji Dunn, and Ving Rhames as Luther Stickell. Vanesa Kirby also returns, as the White Widow, and the cast gets a boost with newcomers Pom Klementieff, Hayley Atwell, Shea Whigham, Indira Varma, and Cary Elwes.

The trailer opens with Ethan Hunt getting some harsh news—his days of “fighting for the greater good are over” he’s told. What’s more, he’s been fighting to save an ideal that “doesn’t exist,” and he’s told he’ll have to pick a side. The trailer doesn’t give us much more of the plot than that, but it does give us glimpses of the action, which has become the hallmark of the franchise. Dead Reckoning Part One is the 7th Mission: Impossible film Cruise has led, and as with every new installment, the stunts promise to be bigger, more complex, and crazier. The trailer includes a look at a stunt involving a train plunging off a cliff that writer/director McQuarrie has mentioned as one of the most insane in the franchise’s history, which is saying a lot considering Cruise once held onto a plane—as it took off—in a previous installment.

Check out the stunt-heavy trailer below. Mission: Impossible – Dead Reckoning Part One arrives on July 14, 2023.