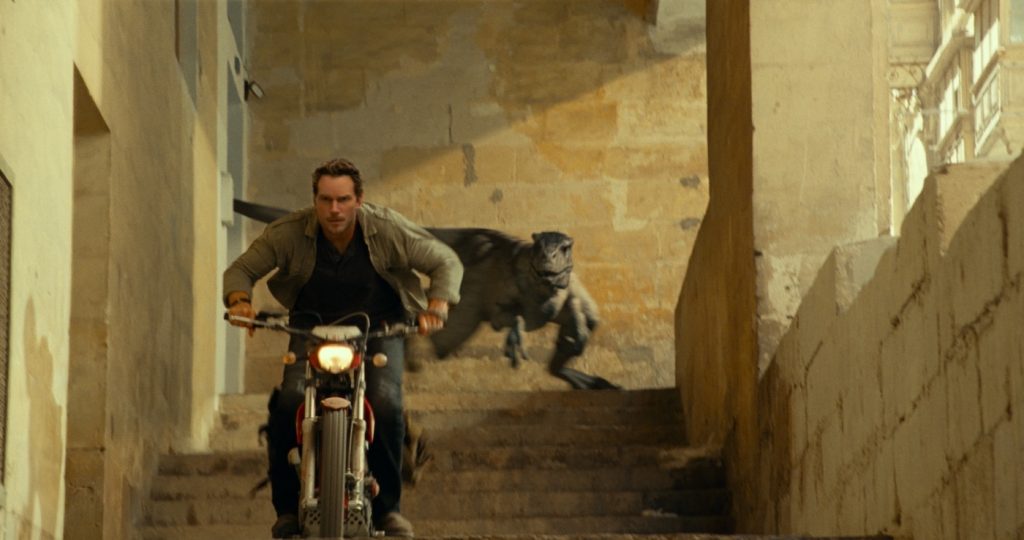 A new Jurassic World: Dominion featurette brings the entire Jurassic universe together, from the stars of Steven Spielberg’s game-changing 1993 original Jurassic Park—Sam Neill as Alan Grant, Laura Dern as Ellie Sattler, and Jeff Goldblum as Ian Malcolm—to Jurassic World‘s new franchise stalwarts Chris Pratt, as Owen Grady, and Bryce Dallas Howard as Claire Dearing. Neill, Dern, and Goldblum discuss the magic of being a part of Spielberg’s now iconic film, while Pratt and Howard reveal just how massive an impact that movie made on them. “I realized at that moment that cinema forever had changed,” Howard says in the video. She’s 100% correct.

Now, all five of them will star in Colin Trevorrow’s Dominion, which brings the two Jurassic universes together in what will likely be the biggest film in the franchise. Trevorrow says in the video that “Jurassic World: Dominion is the culmination of the franchise. It includes a story that Steven Spielberg started telling in 1993.”

“I thought it was a fantastic idea to bring these two worlds together,” says Dern.

The convergence of the two franchises will make Dominion a colossal capper of a film. We’ve already learned that it’ll boast more animatronic dinosaurs than the past two films in the Jurassic World had, and considering how insanely good CGI technology is at this point, the marriage of the practical and visual effects promises to create a visually stunning epic.

The Jurassic Park and Jurassic World veterans are joined by newcomers DeWanda Wise and Mamaoudou Athie.

Check out the video below. Jurassic World: Dominion roars into theaters on June 10.

This summer, experience the epic conclusion to the Jurassic era as two generations unite for the first time. Chris Pratt and Bryce Dallas Howard are joined by Oscar®-winner Laura Dern, Jeff Goldblum and Sam Neill in Jurassic World Dominion, a bold, timely and breathtaking new adventure that spans the globe. From Jurassic World architect and director Colin Trevorrow, Dominion takes place four years after Isla Nublar has been destroyed. Dinosaurs now live—and hunt—alongside humans all over the world. This fragile balance will reshape the future and determine, once and for all, whether human beings are to remain the apex predators on a planet they now share with history’s most fearsome creatures. Jurassic World Dominion, from Universal Pictures and Amblin Entertainment, propels the more than $5 billion franchise into daring, uncharted territory, featuring never-seen dinosaurs, breakneck action and astonishing new visual effects.