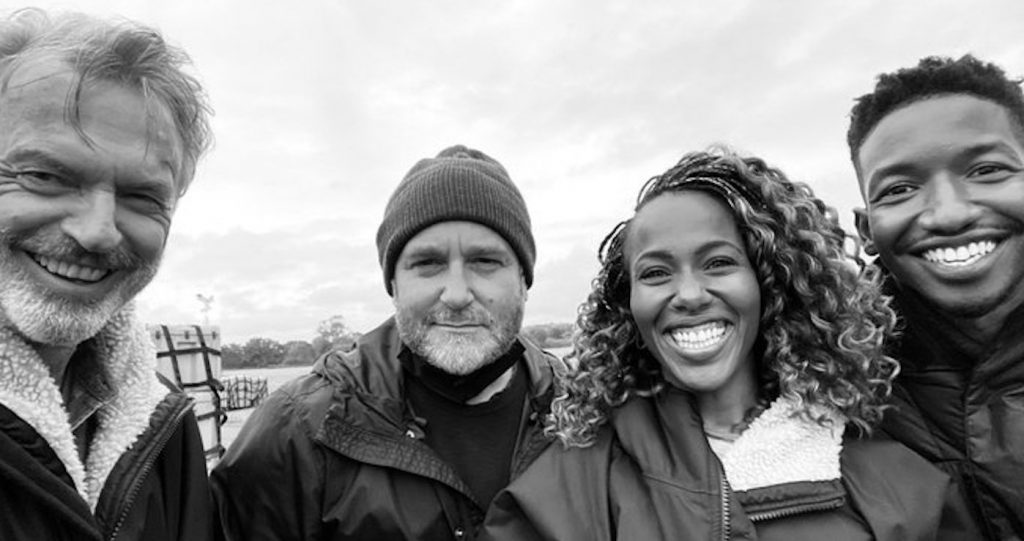 And that’s a wrap, folks.

Nope, we’re not talking about the 2020 presidential election, although that too is a wrap (!!). We’re talking about filming on Jurassic World: Dominion. Co-writer and director Colin Trevorrow and one of his stars—and Jurassic Park legend—Sam Neill took to Twitter to share the news. While we might not know much about the plot point specifics on Dominion yet, we now know the film’s in the can. This means we can expect at least a teaser in the nearish future. The image that Trevorrow shared features Neill, himself, and two of the film’s new stars, DeWanda Wise and Mamoudou Athie. The quartet looks elated, and not a little bit relieved. Join the club!

Wrap on Jurassic World Dominion. All my gratitude to our extraordinary crew and cast. We made a family. pic.twitter.com/svD3yURmHw

There were days we thought we might not make it. But we have…we pulled off what seemed well nigh impossible . Great crew. Lovely cast . Top director. Phew- and CELEBRATIONS. #JurassicWorldDominion #JurassicPark https://t.co/MCzIo3efxF

Neill’s return to the fray was a big deal. He, Jeff Goldblum, and Laura Dern are all reprising their roles in the third film in the new trilogy. The Dominion shoot was no easy feat. It was a 9-month long effort that came, of course, in the middle of the pandemic. Production shut down for a bit and was then re-started this July with a huge host of new precautions to ensure the cast and crew could do their work safely. Production paused again in October after a few COVID-19 positive tests. Throughout it all, Trevorrow and his team soldiered on, adapting to the changing environment. This past Sunday night, the production was finally wrapped and Trevorrow can now look ahead to what will be a more manageable, yet not less busy, post-production.

Jurassic World: Dominion is due in theaters on June 10, 2022. We’ll keep you updated on any news from our favorite prehistoric film franchise.