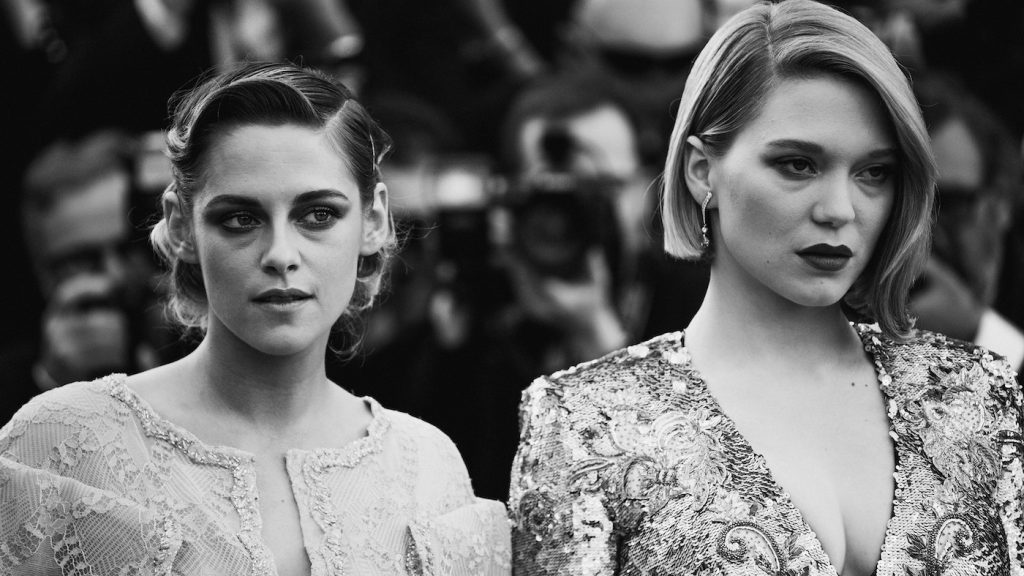 David Cronenberg, the visionary director behind Eastern Promises, A History of Violence, and The Fly takes his time between projects, and when he launches a new film, you can be sure it won’t be anything like his last, and, it will be must-see viewing for all film lovers. This brings us to the first teaser for his latest film, Crimes of the Future, a sci-fi thriller with an insane cast that includes Léa Seydoux, Kristen Stewart, and Cronenberg’s longtime collaborator, Viggo Mortensen. This is Cronenberg’s first feature in eight years.

“Is it time to stop seeing. It is to stop speaking. It is time to listen.” We hear this command, in a creepy near monotone, as a human body—at least it looks like a human body—is being prepped and punctured by some kind of machine. Inside that machine, the owner of this presumed body is Saul Tenser (Viggo Mortensen), whose eyes pop open. In Crimes of the Future, we’re in a not-so-distant future where humanity has evolved beyond its natural state and into a metamorphosis of sorts with our synthetic surroundings. Hence Saul Tenser’s bizarre position within this larval-like body chamber. We also get shots of Seydoux’s character Caprice, looking concerned, then a human figure with ears growing on his forehead and his eyes and lips sewn shut, and then Kristen Stewart’s character appearing to manipulate the larva-machine (for lack of a better term), and looking quite pleased with her work.

Cronenberg is one of our most astute living filmmakers when it comes to the intersection of humanity and technology. When we spoke to Cronenberg in 2014, he was being heralded with a “Filmmaker on the Edge” award at the Provincetown Film Festival. He was also there to talk about his short The Nest, an uncannily gripping portrait of a woman consulting her unseen doctor. We asked him way back then about the intersection of humanity and technology, a subject he’s long been drawn to. “I’m wearing hearing aids right now, this is my fusion,” Cronenberg told us. “I have six programs on this side,” tapping his left ear, “and volume on this side,” tapping his right ear. “I am sure one day I’ll be able to connect to the Internet from my hearing aids. Its wireless technology that connects through my brain. I am grateful to it.” Cronenberg told us that he was, in essence, a cyborg, merged with a piece of technology that made our interview possible.

Crimes of the Future will explore the increasingly grey area between what is us and what is synthetic. It also appears like it’ll utilize another of the auteur’s skillsets—Cronenberg is an acknowledged master of practical effects and body horror, as he’s proved again and again in his long, singular career. Crimes of the Future appears as if it’ll tap into a lot of what makes this filmmaker so different, so essential.

Mortensen is a longtime Cronenberg collaborator, having worked with him on A Dangerous Method, Eastern Promises, and A History of Violence.

Here’s the official synopsis from NEON:

As the human species adapts to a synthetic environment, the body undergoes new transformations and mutations. With his partner Caprice (Léa Seydoux), Saul Tenser (Viggo Mortensen), celebrity performance artist, publicly showcases the metamorphosis of his organs in avant-garde performances. Timlin (Kristen Stewart), an investigator from the National Organ Registry, obsessively tracks their movements, which is when a mysterious group is revealed… Their mission – to use Saul’s notoriety to shed light on the next phase of human evolution.

Featured image: CANNES, FRANCE – MAY 19: (EDITORS NOTE: Image has been digitally retouched) Kristen Stewart and Lea Seydoux attend the Closing Ceremony &amp; screening of ‘The Man Who Killed Don Quixote’ during the 71st annual Cannes Film Festival at Palais des Festivals on May 19, 2018 in Cannes, France.(Photo by Gareth Cattermole/Getty Images)

TAGSCrimes of the Future NEON