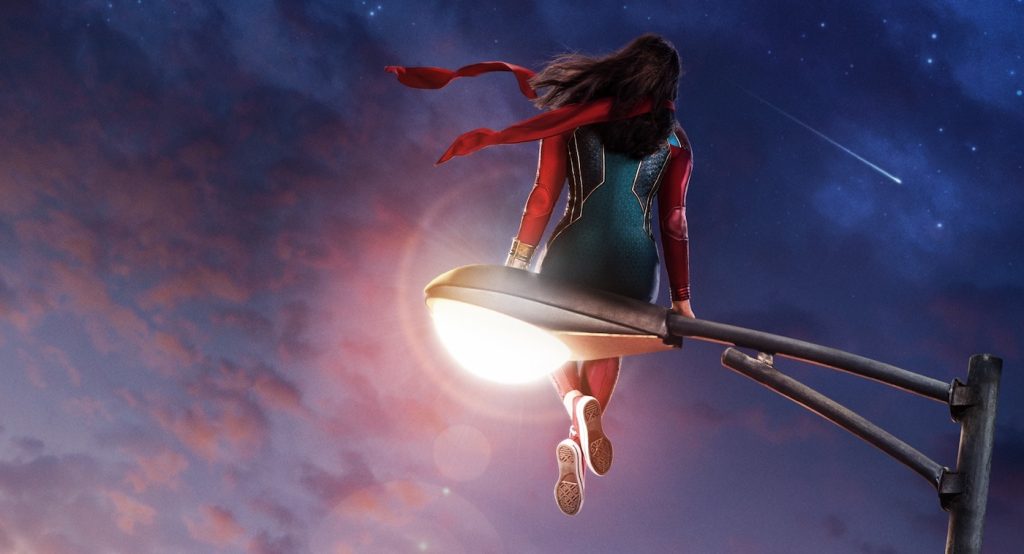 Kamala Khan has arrived. The first Muslim superhero to appear in a Marvel Studios series or film, Ms. Marvel is centered on the teenage superhero and her journey from dreamy, superhero-loving teen to a superhero herself. The first trailer reveals newcomer Iman Vellani in the title role as the New Jersey high school student who idolizes Captain Marvel and is just about as big of a fan of superheroes as you can be—to the detriment of her social life. Like Peter Parker before her, Kamala has all the pressures a teenager faces; social, schoolwork, parents, advisors, (also boys). And like Peter, her life is about to change—in a major way—when she discovers she’s got superpowers of her own.

The trailer for Ms. Marvel makes clear, as each previous Marvel series has on Disney+, that it’s got its own signature style and tone. It’s about as far away as you can get from the gritty, apparently gruesome upcoming Moon Knight, or, say, the globe-trotting buddy-action vibe in The Falcon and the Winter Soldier, and that’s a good thing. Centered on the teenage Kamala, the stylistic choices by head writer Bisha K. Ali and the series directors—Bad Boys For Life helmers Adil El Arbi and Bilall Fallah, Meera Menon, and documentarian Sharmeen Obaid-Chinoy—are suited to a poppier, more comic book vibe.

This is only the beginning for Iman Vellani’s as Kamala Khan, she’ll also appear opposite Captain Marvel herself, Brie Larson, in director Nia DaCosta’s upcoming Captain Marvel sequel The Marvels, due in theaters on February 17, 2023.

Check out the Ms. Marvel trailer below. The series arrives on June 8.

For more on Marvel Studios and Disney+, check out these stories: