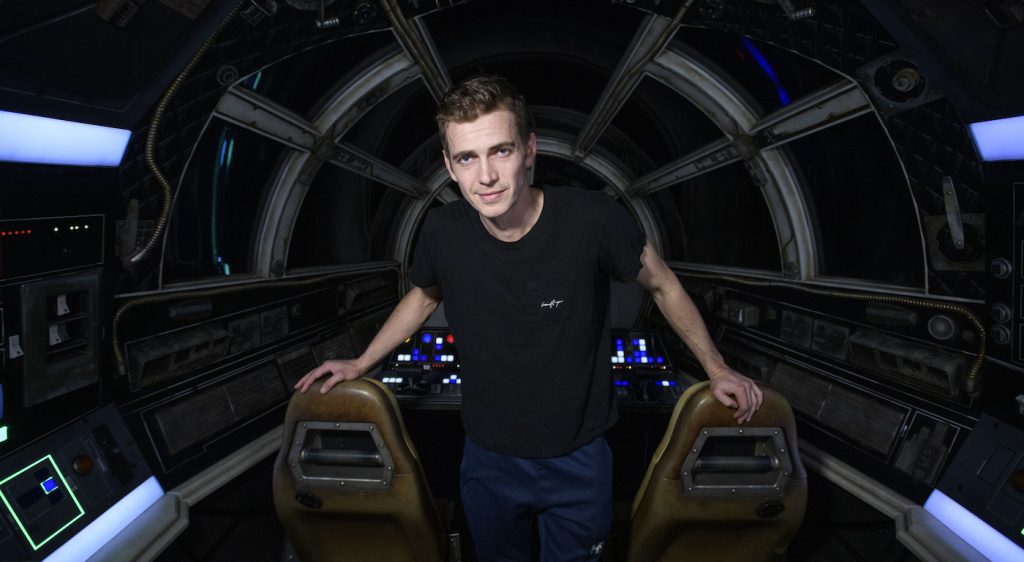 Now that the Obi-Wan Kenobi teaser trailer is well on its way to 10 million views, it’s safe to say people are psyched about Ewan McGregor’s return as the Jedi master. The upcoming Disney+ series is set ten years after the events of Revenge of the Sith, with Obi-Wan dealing with the aftermath of his former protegé Anakin Skywalker’s descent to the Dark Side. We know that Obi-Wan blames himself for failing to keep Anakin on the side of the light, and that Anakin, played by Hayden Christensen, ends that film being fitted for the mask that will mark his turn into the Sith Lord Darth Vader. Now, Christensen has teased his return to Entertainment Weekly, promising fans that we’re catching up with Vader as he nears the heights of his power.

“We’re going to see a very powerful Vader,” Christensen told EW. They also have an exclusive image of Christensen as Vader emerging from what appears to be his meditation chamber. EW points that out the meditation chamber allows a Sith Lord to remove their helmet—this is what happens in Empire Strikes Back, when we catch our very first glimpse of Darth Vader’s human flesh when we see a flash of the back of his bald head, covered in vicious scars. If the meditation chamber will be a part of Obi-Wan Kenobi, we might be seeing Christensen’s young Darth Vader without his helmet. That would be fascinating, as the last time we saw him, he’d been horrifically maimed by Obi-Wan in their climactic lightsaber duel at the end of Revenge of the Sith before he had the iconic black helmet lowered over his head.

Actually, the last time we saw Vader himself was in Rogue One, when he appears at the very end in a rage, slashing his way towards our doomed heroes. That Vader, still young, his rage unchecked, is likely closer to the version we’ll be getting in Obi-Wan Kenobi. “I wish I could tell you,” Christensen said to EW about his return, smiling. “I’m sworn to secrecy.”

“His shadow is cast across so much of what we do,” series writer Joby Harold told EW. “And the degree of his proximity to that shadow is something that we’ll discover. But he is very much a part of the show emotionally for Obi-Wan, and possibly beyond that as well.”

Vader isn’t the only threat Obi-Wan faces in the series. Two Inquisitors are on his tail, Sung Kang’s Fifth Brother and Moses Ingram’s Reva, both of whom are hunting the Jedi master down, committed to wiping out the Jedi race once and for all. Yet Vader’s presence will loom large, as Harold promised. And however it happens, it’ll be thrilling to see McGregor and Christensen share the screen together after all these years.

We’ll know more soon enough. Obi-Wan Kenobi premieres on Disney+ on May 25, 45-years to the day we first met Luke, Leia, and Darth Vader himself in the very first Star Wars.

For more on Obi-Wan Kenobi, check out these stories: