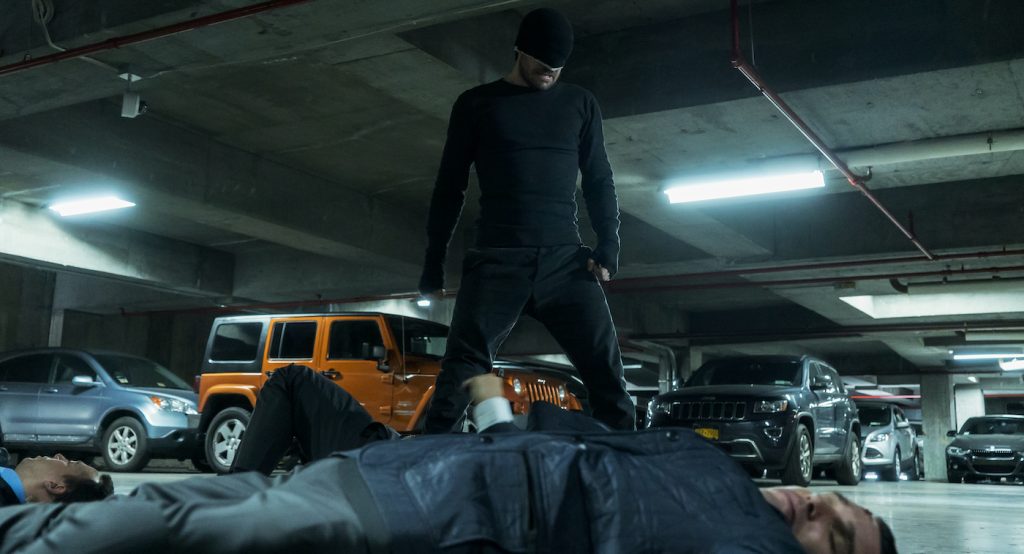 The last time we saw Charlie Cox as the seeing-impaired superhero Matt Murdock, it wasn’t in the Netflix series he starred in back, but rather in a brief but intriguing role in Spider-Man: No Way Home. Murdock was on hand to help Peter Parker with his legal troubles after the fallout from Mysterio. Someone throws a brick through the window and Murdock, without so much as turning his head, catches the brick mid-air. Peter Parker’s impressed, but we know better—Murdock is Daredevil, of course, only he’d been missing in action since Daredevil was canceled on Netflix back in 2018. Well, Murdock and a whole bunch of his Marvel superhero friends are coming back, this time to Disney+.

All the live-action Marvel shows that had previously aired on Netflix, including Daredevil, Jessica Jones, The Punisher, Luke Cage, Iron Fist, The Defenders, and Marvel’s Agents of S.H.I.E.L.D. are coming to Disney+ and will available in North America, the U.K., Ireland, Australia, and New Zealand for the first time. The series will then be available across all other Disney+ markets later this year.

Here’s what Michael Paul, the President of Disney Streaming, had to say:

“Disney+ has served as the home for some of the most beloved brands in the industry, and the addition of these live-action shows brings more from the Marvel brand together, all in one place. We have experienced great success with an expanded content offering on Disney+ across our global markets and are excited to continue that here in the U.S. as well by offering our consumers not only great content with the new Marvel additions, but also a set of features that help ensure a viewing experience most suitable for them and their family.”

Because these series are much darker than the many of the Marvel series on Disney+ now (though Moon Knight looks like it’ll be plenty dark), Disney+ is making sure parents can clearly see and control what the younger viewers have access to. Here’s what Disney said in a statement:

“When opening Disney+ for the first time on or after March 16, all subscribers in the U.S. will be prompted to update their Parental Controls. This includes the option to select content ratings restrictions for each profile as well as to add a PIN to lock profiles. Subscribers can also enable a Kid-Proof Exit feature to ensure viewers cannot leave their Kids Profile without completing an exit challenge. Those that choose to keep their settings the same will continue to enjoy Disney+ as they always have within a TV-14 content rating environment, with the option to make changes at any time under Profile settings.”

For more stories what’s streaming or coming to Disney+, check these out: