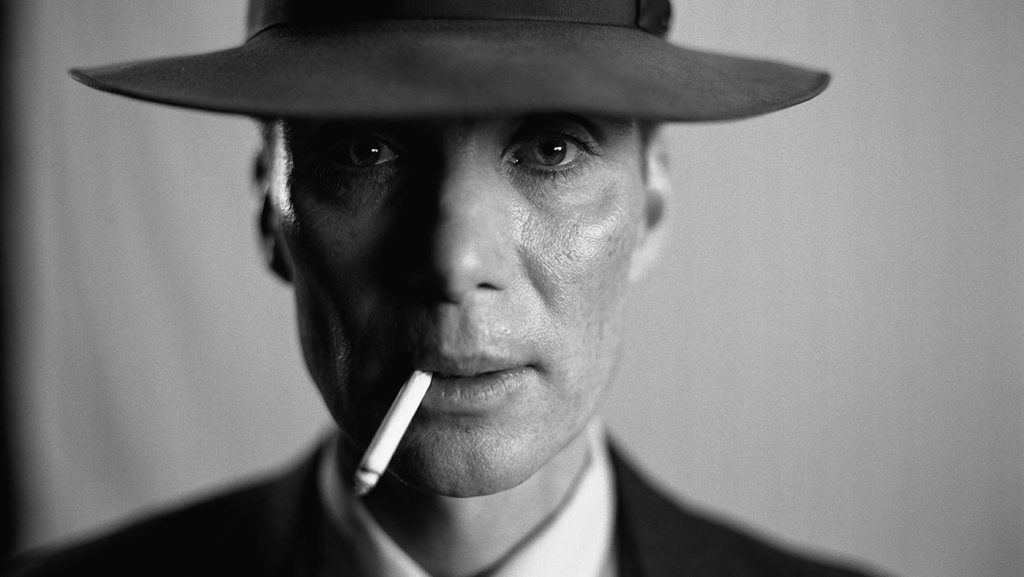 Cameras are officially rolling on Christopher Nolan‘s Oppenheimer, starring Cillian Murphy as the titular American scientist and looking at his role in creating the atomic bomb. Universal Pictures revealed the first image from the film, which shows Murphy’s J. Robert Oppenheimer with a cigarette dangling out of his mouth. Oppenheimer was a notorious chain smoker, and would eventually suffer from throat cancer.

As always in a Nolan film, Murphy is part of a sprawling, sensational cast filled, several of whom are Nolan veterans. Along with Murphy, who worked with Nolan in both Inception and Dunkirk, Nolan has tapped past players like current Oscar-nominee Kenneth Branagh (Dunkirk and Tenet) in an unspecified role, Matt Damon (Interstellar) as Gen. Leslie Groves Jr., director of the Manhattan Project, and Matthew Modine (The Dark Knight Rises) in an unspecified role.

Oppenheimer will film across the U.S., from New Jersey to New Mexico and California, and serves as the kind of thoughtful epic Nolan has built his career on. Yet unlike his mind-bending films like Tenet, Interstellar, or Inception, or even his fact-based, critically and commercially successful 2017 film Dunkirk, Oppenheimer will eschew time-melting puzzles or even the sense of giddy relief that the end of Dunkirk offered. Instead, Oppenheimer will take us inside the creation of the most catastrophic weapon humanity has ever created, likely offering little in the way of celebration. Nolan’s film is based on Kai Bird and the late Martin J. Sherwin’s book “American Prometheus: The Triumph and Tragedy of J. Robert Oppenheimer.”

Still, movie lovers love going to see a Christopher Nolan movie, and Oppenheimer will offer a writer/director at the top of his game tackling a very rich, troubling story with an amazing cast and crew.