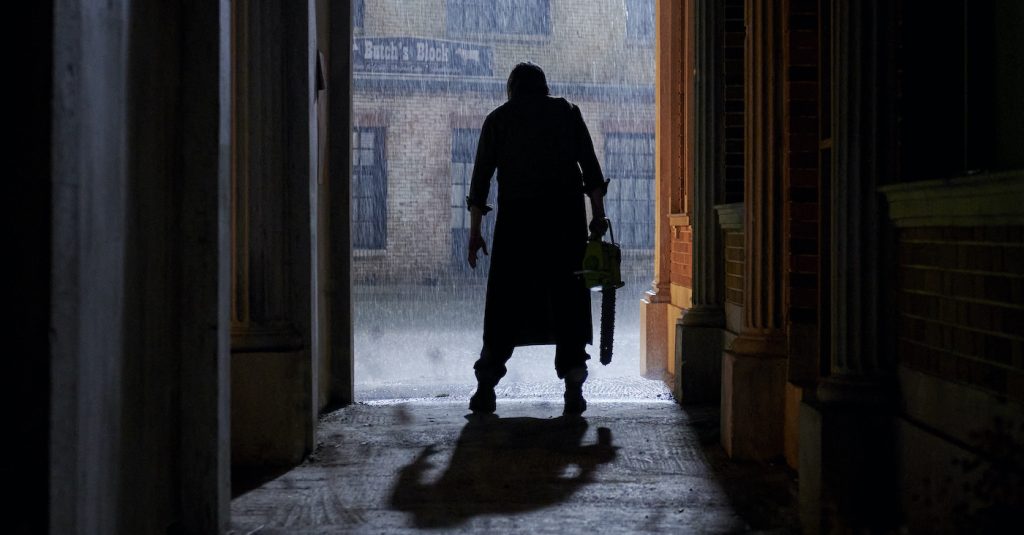 If you’re going to start a new business, perhaps Harlow, Texas, is not the ideal destination? This would be a bit of advice we’d give Melody (Sarah Yarkin), her sister Lila (Elsie Fisher), and their pals Dante (Jacob Latimore) and Ruth (Nell Hudson) after watching the first trailer for Netflix’s Texas Chainsaw Massacre, which follows the legacy of Tobe Hooper’s 1974 classic and acts a proper sequel to that film.

Directed by David Blue Garcia, this fresh installment takes place decades after the grisly murders of the original film. The iconic monster Leatherface will once again start stalking and obliterating a fresh crop of victims, yet, there’s one person who might not be so easy to dispatch. That would be Sally Hardesty (Olwen Fouéré), a survivor of Leatherface’s 1973 rampage, who knows all too well how relentless his maniac is.

Texas Chainsaw Massacre comes from a script by Chris Thomas Devlin and an original story written by Fede Álvarez and Rodo Sayagues. Like the recent Scream, this new Massacre acts almost like a re-quel, a reboot/sequel hybrid. Joining the aforementioned stars are Mark Burnham, Moe Dunford, Alice Krige, and Jessica Allain.

Check out the trailer below. Texas Chainsaw Massacre shreds its way to Netflix on February 18, 2022.

Melody (Sarah Yarkin), her teenage sister Lila (Elsie Fisher), and their friends Dante (Jacob Latimore) and Ruth (Nell Hudson), head to the remote town of Harlow, Texas to start an idealistic new business venture. But their dream soon turns into a waking nightmare when they accidentally disrupt the home of Leatherface, the deranged serial killer whose blood-soaked legacy continues to haunt the area’s residents — including Sally Hardesty (Olwen Fouéré), the sole survivor of his infamous 1973 massacre who’s hell-bent on seeking revenge.