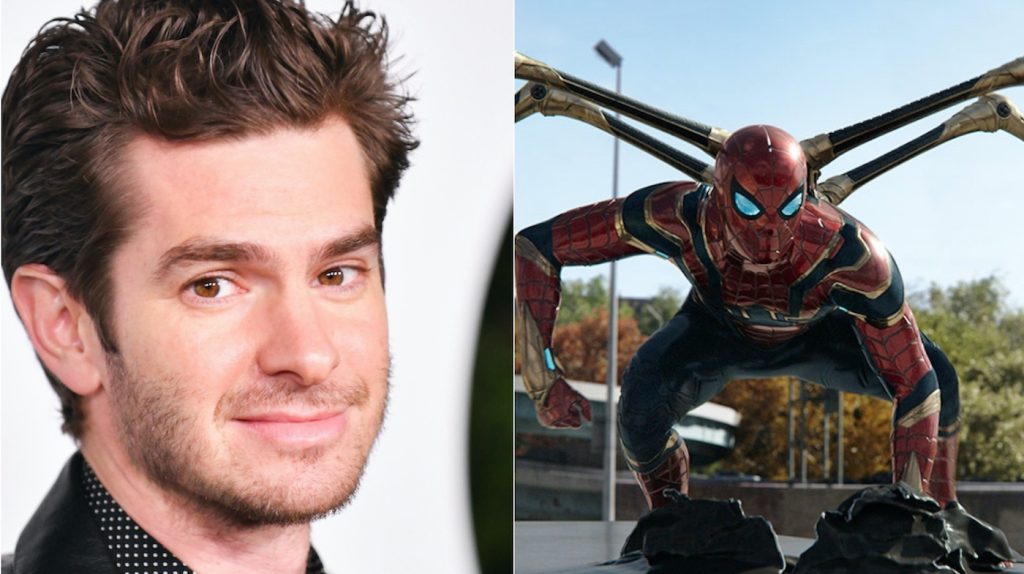 How hard did Andrew Garfield work to keep his appearance in Spider-Man: No Way Home secret hidden? He lied to his ex-girlfriend and good friend Emma Stone. In an interview with Josh Horowitz on the Happy Sad Confused podcast, Garfield admitted that he had to lie to his ex, who was also his The Amazing Spider-Man co-star.

Garfield wasn’t just keeping the big reveal that he was going to appear as Peter Parker from a different timeline in No Way Home a secret, he was simultaneously trying to keep Tobey Maguire’s appearance as Peter Parker from his timeline a secret, too. If one of them was revealed to be in the film, obviously the other would be, too. So, the stakes were high. So high, in fact, the ever polite Garfield had a tense moment with a Door Dash driver on his first night of filming No Way Home in Atlanta.

The driver claimed he needed to see Garfield’s ID because he’d ordered alcohol, but Garfield had only ordered tacos. Garfield had to politely but firmly tell the driver no photo ID was forthcoming.

Yet the beans were partly spilled when Garfield’s stunt double, William Spencer, posted a photo of himself with one of Tom Holland’s stunt doubles, Greg Townley, on Instagram. Garfield told Horowitz that he adores Spencer, but he had to ask him why he did that considering internet sleuths would quickly connect the dots. “He was like, ‘Oh, come on, man, let me do my thing!’” Spencer eventually deleted the post, but that only seemed to further confirm the rumors that Garfield and Maguire were reprising their roles for No Way Home.

So while the operation to keep Garfield and Maguire’s participation in No Way Home a secret wasn’t a total success, they never once admitted they were in the film. “A weird self-preservation thing comes in, where you start to live with the idea of it not happening in your mind and in your body, and then that just ups the want for the thing to happen,” Garfield said. They might not have kept the secret locked up and airtight, but it didn’t seem to matter—No Way Home is the biggest Spider-Man film in history and is on its way to becoming the 4th biggest film at the US box office of all time.