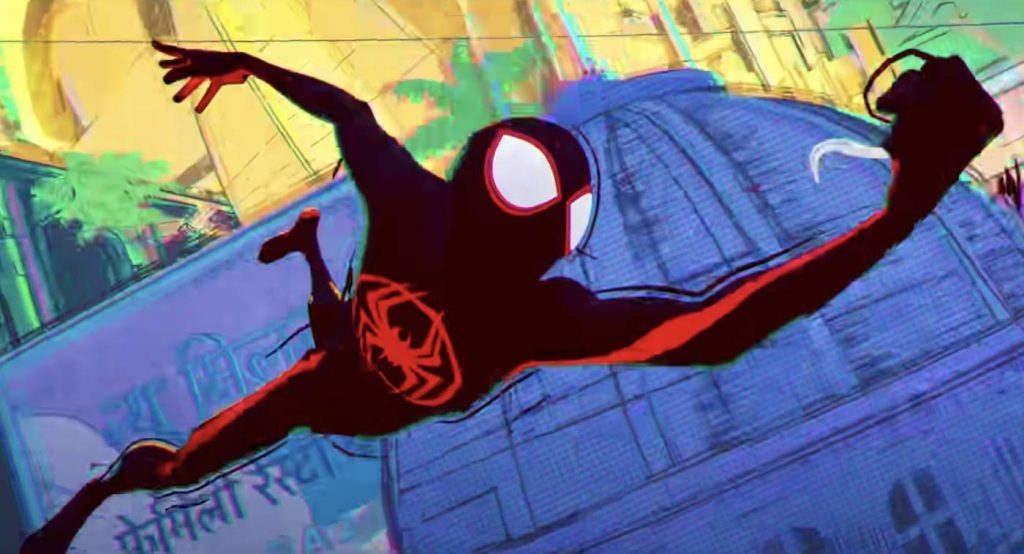 Watch The “Spider-Man: Across the Spider-Verse” Opening Scene

This opening scene shows Miles in the bedroom he grew up in, listening to music and relaxing when an old friend appears through a portal. That’s Gwen Stacy (Hailee Steinfeld), one of the Spider-People Miles met in his previous adventure. She wants to know if he’d like to get out of his bedroom (and stop drawing pictures of her) and go on another adventure. Naturally, Miles can’t resist.

After Into the Spider-Verse burst onto the scene (and won Oscar for Best Animated Feature Film in the process), it showed how much fun can be hand in the multiverse. Now, three years later, we’ve got Spider-Man: No Way Home swinging into theaters in a few weeks, which will feature supervillains from franchises past unleashed on Peter Parker (Tom Holland) from across the multiverse. The multi-dimensional playground that Into the Spider-Verse made look so fun is now a big part of the larger Spider-Man universe.

Across the Spider-Verse is directed by Joaquim Dos Santos (Voltron: Legendary Defender), Kemp Powers (One Night in Miami), and Justin K. Thompson (Cloudy With a Chance of Meatballs). They helm from a script by David Callaham (Shang-Chi and the Legend of the Ten Rings), and Phil Lord and Chris Miller (The Lego Movie).

Joining Moore and Steinfeld in the sequel are Jake Johnson as Peter Parker and newcomer Issa Rae, joining the cast as Jessica Drew, aka Spider-Woman.

Check out the teaser below. Spider-Man: Across the Spider-Verse hits theaters in October of 2022.

Miles Morales returns for the next chapter of the Oscar®-winning Spider-Verse saga, an epic adventure that will transport Brooklyn’s full-time, friendly neighborhood Spider-Man across the Multiverse to join forces with Gwen Stacy and a new team of Spider-People to face off with a villain more powerful than anything they have ever encountered.

TAGSSony Pictures Spider-Man: Across the Spider-Verse