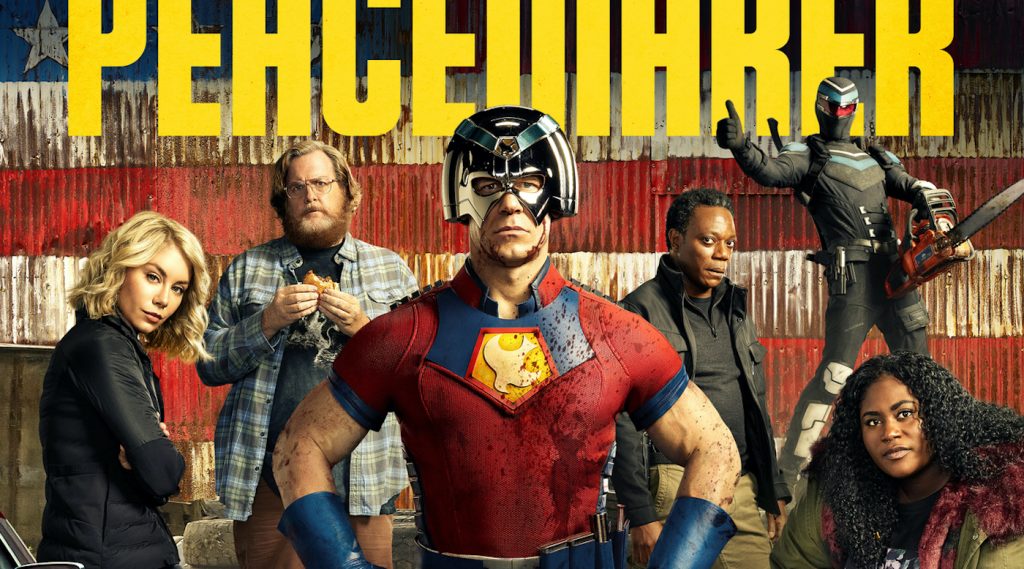 Peacemaker (John Cena) is going through some changes when the HBO Max series bearing his name begins. A spinoff from James Gunn’s The Suicide Squad, Peacemaker finds the beefy brute who became that film’s villain questioning his entire worldview. That worldview is simple; peace, at all costs, no matter who Peacemaker has to kill. In the film, Peacemaker ended up in a duel with Bloodsport (Idris Elba), his ostensible ally, and revealed himself to be as broken as his belief system. As Peacemaker begins, our jacked proto-fascist isn’t so sure his way of doing things is the right way, but don’t tell that to his unwanted best friend, Vigilante (Freddie Stroma). In a new behind-the-scenes video released by HBO Max, Vigilante believes that he and Peacemaker are hardcore BFFs, and thinks everything Peacemaker does is the best. That makes one of them.

This new look at Gunn’s series offers plenty of clues as to its tone. It’s a violent comedy, much like The Suicide Squad, but one with a sneaky soft side, also like The Suicide Squad. Cena’s central character is sprung from jail after surviving the events of The Suicide Squad because the government expects him to start killing for them again. Yet, per the above, he’s not so sure. The realization that killing your way to peace might be a paradox he’s no longer comfortable with seems like it’ll be the emotional fulcrum around which the series will turn.

There are a few other faces from The Suicide Squad you’ll see in Peacemaker—Jennifer Holland as Emilia Harcourt and Steve Agee as John Economos. Newcomers include Danielle Brooks as Leota Adebayo, Chukwudi Iwuji as Clemson Murn, and Robert Patrick as Peacemaker’s father. There’s also a bald eagle. His name, of course, is Eagle-y.

This new behind-the-scene look suggests what the most recent trailer promised; that Cena’s beefy brute is ready to wise up. Yet his BFF Vigilante thinks he’s already perfect, and their dynamic will no doubt be one of the ongoing gags in the series.

Peacemaker arrives on HBO Max this January 13. Check out the new video below.