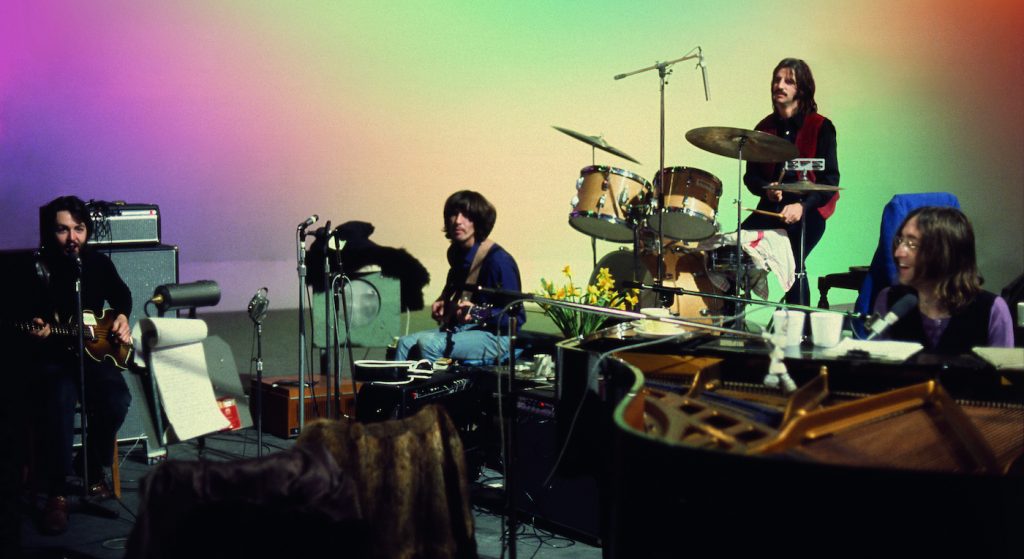 What better way to start your Friday than a little Beatles with your coffee. In the first clip from Peter Jackson’s upcoming The Beatles: Get Back, you’ll see the fab four playing “I’ve Got a Feeling,” in footage that was first captured 50 years ago. “I’ve Got A Feeling” eventually ended up on the Beatles’ seminal—and final—album “Let It Be.” So, why are we just seeing it now? That footage, along with 150 hours of audio, was locked in a vault for half a century. The original film recording session, 60-hours worth of it, was shot by Michael Lindsay-Hogg in 1969, yet it was stored away and went more or less unseen and unheard—until now. Jackson’s docuseries threads all that footage and audio together to give us a look at a seminal recording session in 1969 when the band was attempting to write and record 14 brand new songs before their first live show in more than two years.

The Beatles: Get Back will give us an incredible look inside the Beatles just as the band was coming together, and coming apart. Despite the fact that they were a global phenomenon by 1969, they were nervous about performing on stage after a long stint away from a live audience. They were also attempting to create music up to their standards on an impossible deadline. As superstars, the fab four also had plenty going on in their personal lives, all of which played into their madcap recording sessions and the tensions that arose. During the trailer for the docuseries, there’s a moment where Paul reminds his bandmates that they always did their best work when their backs were against the wall. Their backs were definitely against the wall here, as they were trying to cobble together songs worthy of their previous efforts, and with time running out, and with intrapersonal tensions mounting. The result was one of the most iconic live performances ever, and one of their best albums.

The Beatles: Get Back offers viewers an unprecedented front-row seat to the creation of a masterpiece by one of the world’s most transcendent bands, as well as a chance to take in their last live performance together, the famous rooftop concert on London’s Savile Row.

Check out the first clip below. The Beatles: Get Back hits Disney+ over three days, November 25, 26, and 27.

TAGSDisney The Beatles: Get Back Walt Disney Studios