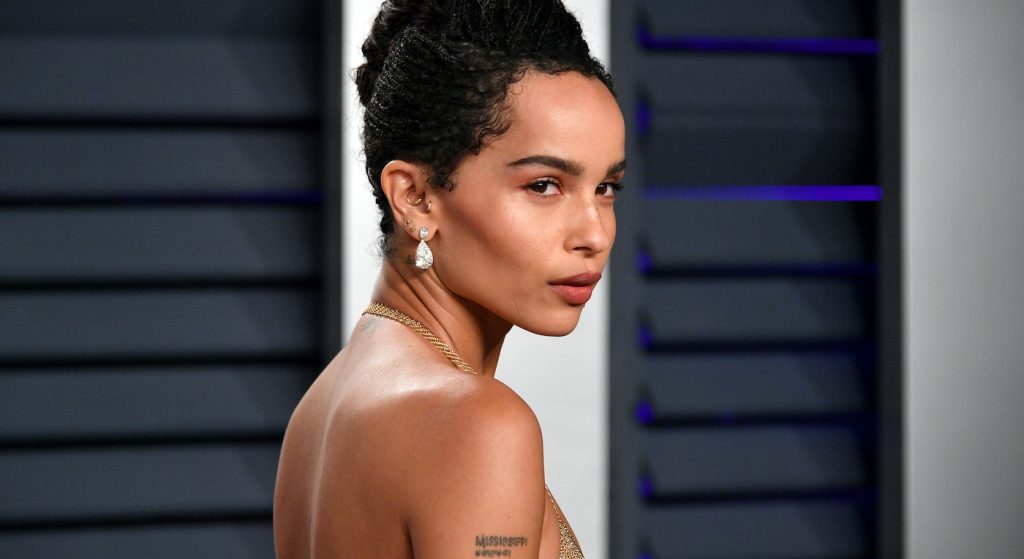 It’s not an understatement to say The Batman will be one of 2022’s most eagerly anticipated films, and that nabbing a role in writer/director Matt Reeves’ upcoming franchise reboot was a very big deal. While the early headlines were understandably centered on Robert Pattinson’s casting as Bruce Wayne, which was an exciting choice and met with enthusiasm by most Batman fans, there was a palpable thrill when the news broke that Zoë Kravitz would be playing Catwoman. Kravitz exudes genuine cool, for starters, but more importantly, she’s a nimble, intriguing performer who, for example, so effortlessly carried Hulu’s excellent High Fidelity it made you wonder why she hasn’t led her own series for years.

To land the role of Catwoman, Kravitz faced stiff competition. Great performers and rising stars like Zazie Beetz and Eiza Gonzalez were vying for the role, as Reeves’ script was a hot commodity. Speaking with AnotherMag, Kravitz explained how she managed to get a role that’s been inhabited by Anne Hathaway, Halle Berry, Michelle Pfeiffer, Julie Newman, and, back in the late 1960s, an iconic turn by Earth Kitt.

Kravitz tells AnotherMag that her agent called her about the role and told her she’s on the list of actors they were looking at. Kravitz flew to Los Angeles to meet with Reeves.

“I read the script. Then he talked with me again to hear my thoughts, to see if we were on the same page. I didn’t know him well and it was a bit of a process. When these big opportunities come up, these big roles, and you really want them, it’s heartbreaking when you don’t get them. You put a lot of energy into it,” Kravitz tells AnotherMag. “The thing that I tried to keep in check throughout, though, was just wanting to be agreeable and likable to get the role. To read the script and say, ‘I love it. I love everything about it.’ Then I go to the audition and I have this puppy dog energy.”

So what did Kravitz do? She was honest with him.

“It was important to give him an idea of what it’s really like to work with me. To say what I really think and, if we’re on set together, to ask the questions I want to ask. I tried to come at it from the angle where I am showing him what I see and feel about this character. I believe that’s why it happened and I got the role. Matt’s a fantastic director, and he’s really into talking about the character. We had some really good conversations. I had some thoughts about the character once I’d read the script too and they were welcomed.”

She also talked about how she tried to think of the role not as Catwoman, but as an actual person.

“I’ve read some of the comics now, but I wasn’t a comic head or anything. I also tried to think about it not as Catwoman, but as a woman, how does this make me feel? How are we approaching this and how are we making sure we’re not fetishizing or creating a stereotype? I knew it needed to be a real person.”

As for dealing with the massive amount of hype, pressure, and fan expectation, Kravitz had this to say:

“If I’m thinking about wanting everyone to like it and wanting all the fans to like it, I’m not going to actually bring a real person to life. Matt wrote a really interesting story with a complex character, and the relationships are really interesting. All I wanted to do was honor that story. Sometimes with really big movies, it can feel like you’re just a puppet and part of this big machine. This felt like an independent movie in the way that there was real heart and soul and thought being put into the process and into every scene. It was incredibly collaborative. Matt’s very specific. It took him a year to make this because of Covid. We were in this bubble, really in this world, and it was an incredible experience. To spend a year of your life, and it’s very physically demanding … I had to be in very specific shape, and there’s a pandemic going on. I’m being zipped into a catsuit every day at 7 am, working 12-hour days, and then coming home and working out. It was intense.”