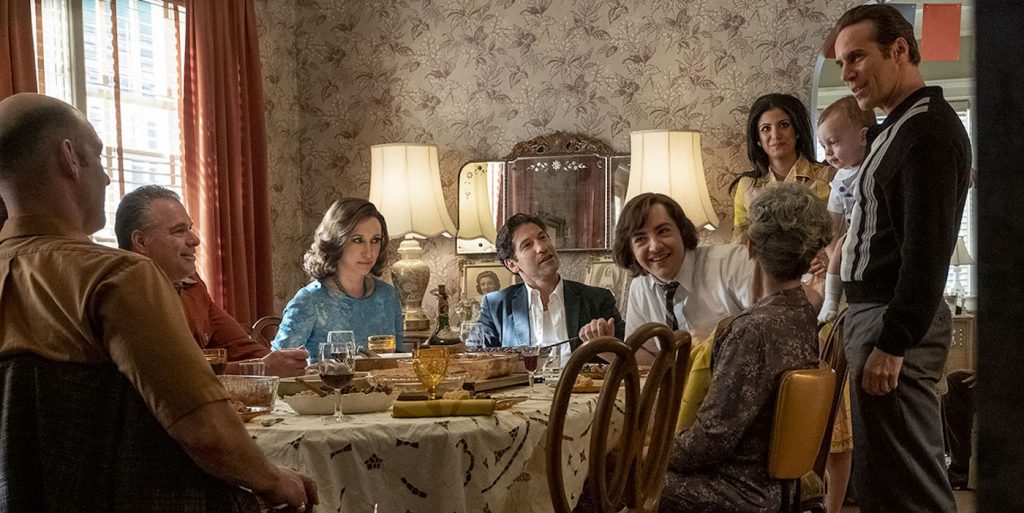 If you were a fan of David Chase’s mesmerizing HBO juggernaut The Sopranos (and if you’re not, you’ve got some homework to do), then you’re going to find a lot to love in the second trailer for The Many Saints of Newark. But if even if you were coming at this fresh and didn’t know to laugh when baby Christopher is presented at the end of the trailer, crying at the sight of a young Tony Soprano (played by the late James Gandolfini’s son, Michael), who says “I think he’s afraid of me,” you’ll still likely be intrigued by what you’re seeing. The film offers a lot to The Sopranos ignorant, but it comes from some of the creatives who made that show work. Those include director Alan Taylor working from a script from The Sopranos veteran Lawrence Konner, with The Sopranos creator David Chase on board as producer. For those coming into this fresh, it’s the cast that will draw you in.

Obviously, having the late, great James Gandolfini’s son playing the younger version of Tony Soprano, arguably the most iconic television character of the century (along with the late, great Michael K. Williams‘ Omar Little, from David Simon’s The Wire) is going to be compelling for all us Sopranos fans. But look at the rest of the cast—Ray Liotta as veteran mobster Aldo “Hollywood Dick” Moltisanti, Corey Stoll as Tony’s tough father, Junior Soprano, Vera Farmiga as Tony’s cunning, ruthless mother Livia, Alessandro Nivola as Tony’s uncle Dickie Moltisanti, and the scene-stealing Jon Bernthal as Johnny Boy Soprano. You don’t have to know these character names from The Sopranos to find this list of actors compelling.

The trailer gives us a closer look at young Tony’s life in Newark, surrounded (and raised) by the mob. We’ll see a Newark roiled by race, warring mob families, and the maturation of the young man who became the psychoanalyzed mob boss who helped changed TV and cement HBO as the premiere home for prestiage drama.

Check out the trailer below. The Many Saints of Newark hits theaters and HBO Max on October 1.

Young Anthony Soprano is growing up in one of the most tumultuous eras in Newark’s history, becoming a man just as rival gangsters begin to rise up and challenge the all-powerful DiMeo crime family’s hold over the increasingly race-torn city. Caught up in the changing times is the uncle he idolizes, Dickie Moltisanti, who struggles to manage both his professional and personal responsibilities—and whose influence over his nephew will help make the impressionable teenager into the all-powerful mob boss we’ll later come to know: Tony Soprano.

TAGSHBO Max The Many Saints of Newark Warner Bros.