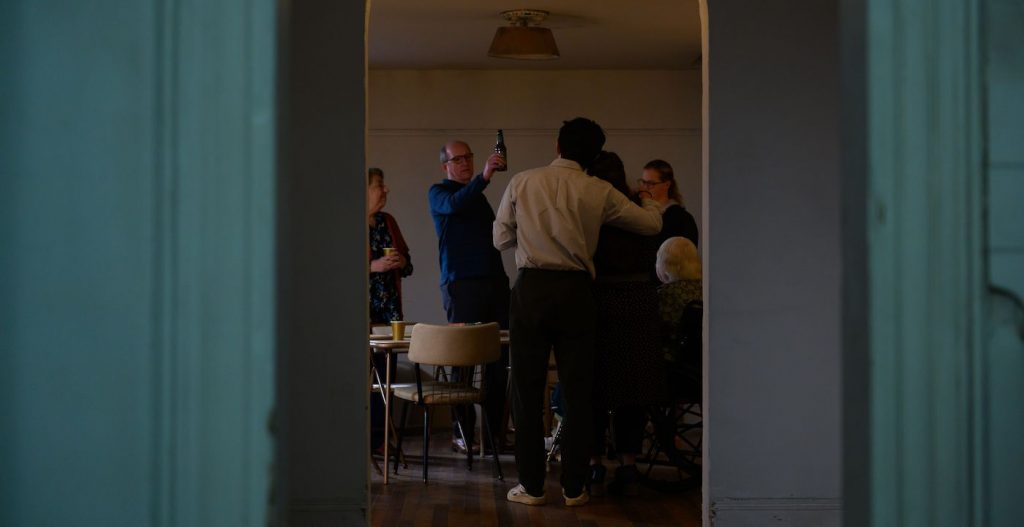 Playwright Stephen Karam’s The Humans has made the leap from Broadway to the big screen, with Karam himself adapting and directing his material. And what material it is—The Humans was a finalist for the 2016 Pulitzer Prize (it won the Tony Award for Best Play that same year), and now A24 has revealed the first trailer for Karam’s film version. Folks, this looks like a must-see film.

The Humans is centered on the Blake family, originally from Pennsylvania, with three generations of them gathering in the dilapidated Chinatown apartment of Brigid (Beanie Feldstein) to celebrate Thanksgiving in New York. Erik Blake (Richard Jenkins) is the motivating force gathering his family together, and it seems like a swell idea until things start getting decidedly weird—and terrifying. The family’s disparate situations, including Aimee (Amy Schumer)’s recent breakup and sudden intestinal ailment, grandma Momo (June Squibb)’s Alzheimer’s, both Brigid and Aimee’s abandonment of religion, and the whole clan’s collective grief over illness, aging, and its attendant miseries are all laid bare over the course of a single evening.

The cast is excellent—joining the aforementioned performers is Steven Yeun, who plays Richard, Brigid’s boyfriend—and if it’s anything as potent as the play, The Humans might just be the kind of offbeat holiday film that you didn’t realize you needed until you’re weeping in your seat at the theater. Check out the trailer below. The Humans arrives just in time for Thanksgiving, on November 24.

Here’s the synopsis for The Humans:

Erik Blake has gathered three generations of his Pennsylvania family to celebrate Thanksgiving at his daughter’s apartment in lower Manhattan. As darkness falls outside and eerie things start to go bump in the night, the group’s deepest fears are laid bare. The piercingly funny and haunting debut film from writer-director Stephen Karam, adapted from his Tony Award-winning play, The Humans explores the hidden dread of a family and the love that binds them together.

For more A24 films, check out these stories:

Featured image: A still image from “The Humans.” Courtesy A24.