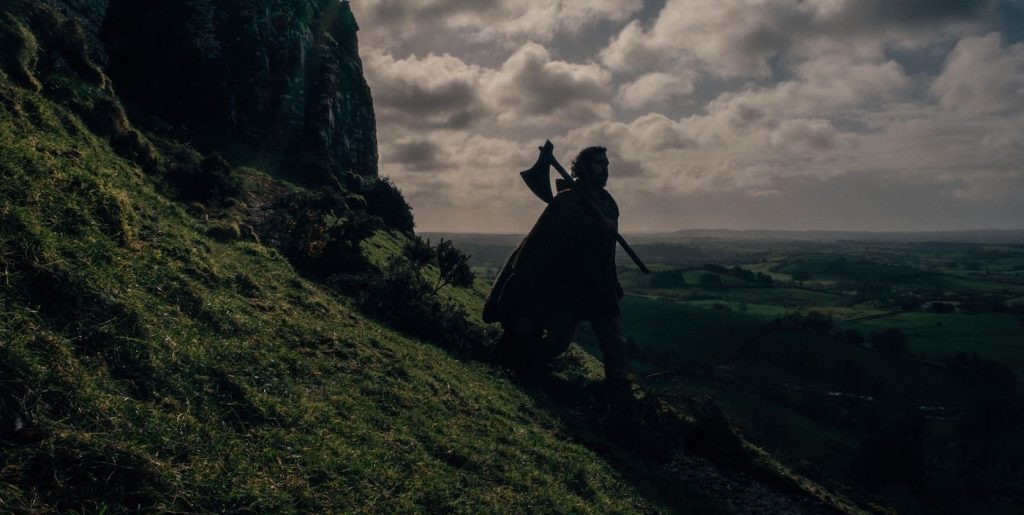 We’ve been eagerly tracking director David Lowery’s The Green Knight since we first heard about the film’s existence. A director of Lowery’s immense skill taking on an Arthurian legend and casting Dev Patel as a headstrong knight was more than enough to pique our interest. The film was, like so many others, delayed because of the pandemic. (And Lowery told Vanity Fair that he used the time to totally recut it.) Now, the first reactions have arrived online, and we’re here to share them with you. Coming as absolutely no surprise, Lowery’s film is apparently epic, utterly unique, and haunting.

I was lucky enough to see David Lowery’s hypnotic ‘The Green Knight’ on a big screen recently & am already planning a return visit when it is released this month. It’s a beautiful Arthurian head trip & frankly a treat to luxuriate in. I highly recommend you venture out to see it. pic.twitter.com/UDbrXPZdZZ

THE GREEN KNIGHT: David Lowery is starting to become of my favorite working directors with this surreal, Bergman-inspired fantasy epic. A mesmerizing, transporting, magnificently bizarre journey that is one of the rare movies to really appreciate how sexy Dev Patel is

#TheGreenKnight is nothing short of magnificent. With visuals that belong in a museum for all to admire and a career-defining performance by Dev Patel, THE GREEN KNIGHT is a slow-burn tale about mortality and the journey of finding oneself. It’s a truly stunning piece of cinema. pic.twitter.com/GJFDBsW0ol

Hello I’m here to FINALLY tell you how completely obsessed I am with #TheGreenKnight I have been thinking of little else since I saw it. It’s at once a nostalgic throwback to 80s fantasy, a creepy A24 horror movie, AND a classically challenging David Lowery story. I am OBSESSED. pic.twitter.com/eZH8WzPZYu

#TheGreenKnight is every bit as hauntingly beautiful as you’re hoping.

A heady (!) mood piece and morality tale unlike any take on Arthurian legend before it.

Go in open-minded (and not expecting tons of swordplay) and let it wash over you. pic.twitter.com/TJXHsCbWB2

THE GREEN KNIGHT: The 16-month wait to see David Lowery’s epic of blood, sex and magic/magik was worth it. Chaos reigns, as one furry and Lars von Trier-y character might (but regrettably does not) say. Dev Patel can cut off my head any time he likes. Opens in Cdn cinemas July 30 pic.twitter.com/AdNkaqKbdj

Friends, #TheGreenKnight is a sumptuous, haunting bit of Arthurian legend, showcasing the creepiness in a lot of those stories. Outstanding costumes, and Daniel Hart’s music is terrific. Lowery asks you to intuit a lot, both text and subtext, worth it if you open your mind. pic.twitter.com/z4O9Pkzn4k

#TheGreenKnight is everything I could have hoped for in an adaptation of Arthurian legend. It’s simultaneously dreamy and sensual, brutal and bleak. Dev Patel is more than up to carrying Gawain’s solo hero’s journey in David Lowery’s best work yet. Absolutely mesmerizing stuff.

Featured image: Dev Patel in “The Green Knight.” Courtesy A24